Pig-breeding complex of complete cycle is 3.5 thousand sows, an investment project which was shown at the exhibition “Golden autumn -2015”, will be built by 2017 in the Leningrad region, said at the AGROFORUM, the representative of the press service of the regional government. 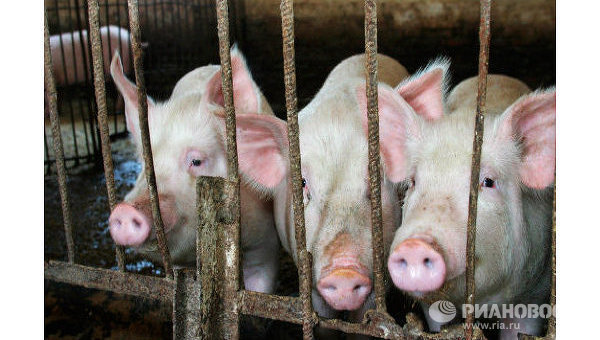 MOSCOW, 13 Oct. Pig-breeding complex of complete cycle is 3.5 thousand sows, an investment project which was shown at the exhibition “Golden autumn -2015”, will be built by 2017 in the Leningrad region, said at the AGROFORUM, the representative of the press service of the regional government.

“The new complex, the design capacity will amount to 100 thousand market pigs per year, will be available by 2017 in the village of Krepelka Luga district of Leningrad region. The construction of the pig farm enterprise “Idavang meadows”, which is part of the group of companies Idavang is one of the important projects in agrarian and industrial complex of the region”, — said the Agency interlocutor.

According to General Director of LLC “Idavang meadows” Tatiana sharygina, in the new complex is expected to breed pigs of Danish genetics — hybrid breeds Landrace, Duroc and Yorkshire. “Our company is ready to start the main construction of the complex in 2016. Currently we have purchased the land on which this year raised almost 10 thousand tons of grain, and has allocated land for construction. The payback period will be 10 years and the implementation term is two years. Full capacity is expected to be reached by 2018. Two such farms are already operating in Russia,” she said.

The complex will include 24 of the pigsty for the departments of reproduction and fattening, food facility, a granary, an office building with changing rooms. Part of the project will be an innovative system of manure removal and production of organic fertilizers. In addition to growing pigs with an average weight 105-112 pounds for sale to abattoirs and meat processing enterprises in the region, provides for the establishment of private fodder — crop cultivation using organic manure fertilizers on 3.5 thousand hectares of land.

Sharygina added that the company plans to build two pig-breeding complex in the northwestern Federal district.

“The construction of a new pig-breeding complex will allow to reduce dependence of domestic market on imported pork products. Enter the new company will provide high-quality pork is not only the population of the Leningrad region and other RF regions”, — stressed the Vice-Governor — Chairman of the Committee on agriculture and fishery Sergei yakhnyuk.