The further development of Russian-Japanese cooperation, as noted by the authorities of Korsakov urban district, will continue with the direct use of sea communications in the field of agriculture and fisheries, trade and tourist lines. 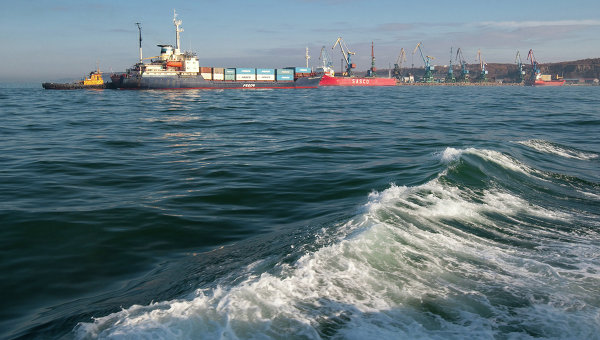 YUZHNO-SAKHALINSK, 13 Oct. The only ferry crossing between the Islands of Sakhalin and Hokkaido (Japan) with high probability will continue to run in 2016, reported to the authorities Korsakov city district with reference to the statement by the Director of the office of the city of Wakkanai to Sakhalin.

Eins Soya ferry Japanese operator HeartLand Ferry operated flights from Wakkanai to Korsakov port and back since 1999. Today it is the only regular sea transport service between Sakhalin and Japan. In 2015 the carrier has completed its participation in navigation due to the unprofitability of the route, the last flight between the ports took place on 16 September. As stated by the Director of the office of the city of Wakkanai to Sakhalin Watanabe Kunito at the meeting with the head of the city of Korsakov Alexander Rudakov, the Japanese side is working on creating a company, moreover, plans to buy the HeartLand Ferry and ferry improvements.

“Further development of cooperation between Sakhalin and Hokkaido will continue with the direct use of sea communications in the field of agriculture and fisheries, trade and tourist lines. It is expected that in 2016 the ferry will make 50 calls at the port of Korsakov”, — stated in the message of the authorities of the Korsakovsky city district.

It is also noted that the period of navigation next year will last from June to December, and in subsequent years — from April to December, the number of flights will increase to 75.