The overdue level in the credit portfolio will decrease, stated the head of VTB, the peak of the delay, perhaps, passed. According to Kostin, the situation will stabilize. 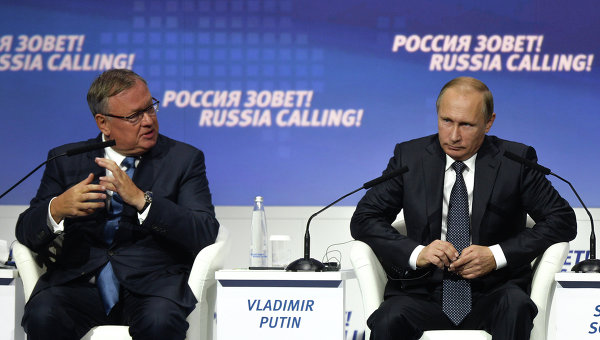 MOSCOW, 13 Oct. VTB expects to reduce outstanding debt in its credit portfolio, believes that the peak of overdue in the banking sector passed, told reporters on the sidelines of the forum “VTB Capital” “Russia calls!” the head of VTB Andrey Kostin.

According to the Central Bank, overdue debt to Russian banks corporate portfolio in September decreased by 1.3%, retail increased by 0.9%. In the result, the share of overdue debt on loans to non-financial institutions remained at the August level of 5.8% and retail loans increased from 7.9% to 8%.

“I think that our delay will be reduced, we still took large reserves today, and I think that the peak of delay in General for the banking sector, possibly passed. Although there are different estimates of the behavior of companies and our clients,” said Kostin.

“You know, we took a fairly large provisions (reserves — ed.), in particular, and Ukraine, and I don’t foresee growth beyond what is available now — six percent of today (VTB — ed.). I think that the situation will stabilize”, — he added.