The release of national payment card “the World” that will compete with the cards of international systems Visa and MasterCard, will start in late 2015. 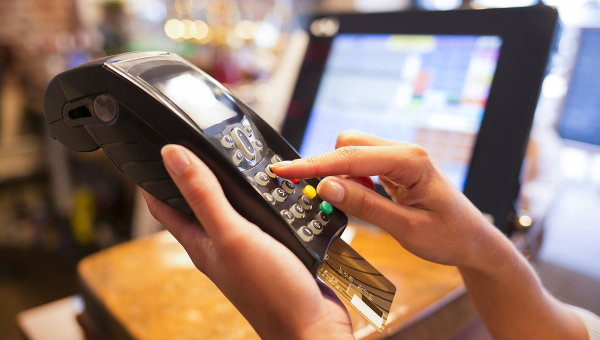 MOSCOW, 13 Oct. The Central Bank (CB) and the national system of payment cards (nvqs) refused to the chipset manufacturer “Micron” is the exclusive right to supply its chips for cards “the World”, told the newspaper “Izvestia” official representative “Micron” Alexey Dianov.

The national system of payment cards (nvqs) in late 2015 will start issuing the first card “the World” that will compete with the cards of international systems Visa and MasterCard. Pilot card issuance is planned for October. The project involved about 30 Russian banks. By 2018, the NBTS plans to occupy not less than 50% of the market of Bank cards in Russia. On Thursday, the NPCs reported that the Supervisory Board approved the rules of the payment system “World”.

According to the publication, the card “the World” will be releasing with the chips of both Russian and foreign production.

It is reported that in the “micron” unhappy with this decision and remind the main purpose of creation of nvqs under the law — “to ensure the continuity of the payment system”, i.e. the ability to conduct operations in the conditions of any sanctions.

“We believe that the government should fully ensure the safety and independence of the Russian financial sector. This is achieved by establishing a priority of use of the Russian banking chip cards of the national payment system”, — quote “Izvestia” of bisphenol.

According to the representative of the manufacturer, chip “Micron” already certified according to the international EMV standard and can be used not only in the Russian payment systems, but also in international. The company may issue up to 10 million chips in the Bank a month to use them in manufacture cards on their own line and sell to other manufacturers of Bank cards. Presumably, a card with a chip “Micron” will cost 100-200 rubles.

The national payment card system in December 2015 will start issuing the first card “the World” that will compete with the cards of international payment systems such as Visa and MasterCard. The issuance and acceptance of cards, “Peace” is expected to make mandatory for all large Russian acquiring banks.

Group of companies “Micron” — the largest in Russia and the CIS producer and exporter of microelectronics, is the industry holding RTI (“daughter” AFK “System” in the sphere of high technologies).