The President explained that “the German business is not scared from side to side due to the political situation” and tries to be pragmatic, working in Russia. 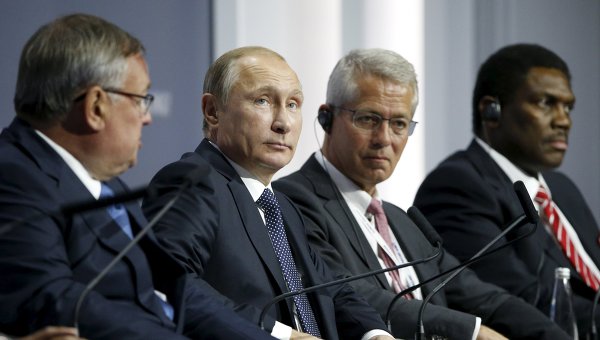 MOSCOW, 13 Oct. Russia highly appreciates the balanced and wise approach of German business in Russia, which “never shies from side to side due to the political conjuncture”, and tries to act pragmatically, taking into account their interests and the interests of the partners, said the President of the Russian Federation Vladimir Putin.

“I would like to mention a very balanced and wise approach of German business to the development of relations with Russia. German business is not scared from side to side due to the political situation, tries to act very pragmatically, based on their interests and the interests of its partners and we value this highly”, — Putin said at the forum VTB Capital “Russia calling!”.

The President also noted that Germany is in the country dimension is one of the largest trade and economic partners of Russia. “And it’s not just turnover, but the question is in the depth of penetration of German business in the Russian economy”, — he added.

The head of state said that German business comes not just in the field that bring quick money, but also in the fields of engineering, agriculture, pharmaceuticals is a key sector, which Russia pays now and intends in the future to pay special attention.