Russia maintains a fairly high level of investment, including from the Federal budget, said the President of the Russian Federation Vladimir Putin. 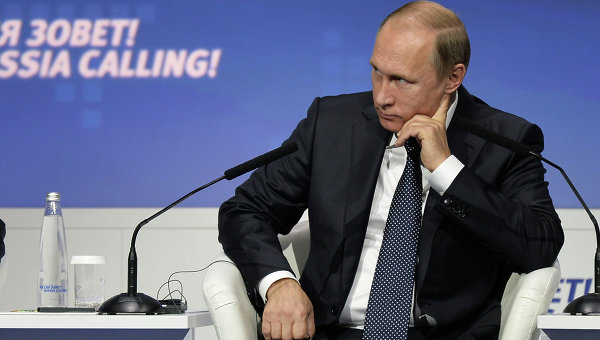 MOSCOW, 13 Oct. The Russian President Vladimir Putin called Russia a comfortable and promising to work together with foreign investors.

According to the President, the Russian authorities are trying to pursue a flexible policy, without disrupting macroeconomic parameters. “This concerns the Finance Ministry, applies to the Central Bank. You’ve probably already talked about relevant programs of the Central Bank, which is aimed at the so-called project financing to lower interest rates for consumers loans,” — said Putin, speaking at the forum VTB Capital “Russia calling”.

He also recalled the work of the various funds, the number of positive trends in the economy, reduce bureaucracy and red tape, improving the international rankings of Russia in these areas.

“This is all good signals that Russia is very convenient and promising place to work together,” he said.

He added that Russia retains a fairly high level of investment, including from the Federal budget. “If last year it was one and a half trillion rubles, this year will be even bigger — a trillion 600 billion rubles”, — said Putin.