President Vladimir Putin said that Russia, China and South Africa have promising projects in energy, infrastructure and transport. He also stressed that the relations of the BRICS countries become “more fundamental”. 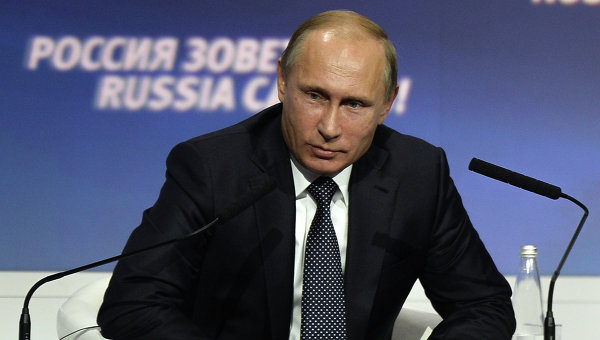 MOSCOW, 13 Oct. Russia within the BRICS will develop joint projects, particularly with China and South Africa, said the President of the Russian Federation Vladimir Putin.

“With regard to relations between Russia, China, South Africa, Brazil, India, they… become more fundamental, since all of these countries, we all work within known, increasing the volume of trade and its credibility, the international organization of the BRICS”, — said Putin, speaking at the forum “Russia calling!”

China is the largest trading partners of Russia, the volume of trade between countries, according to Putin, more than 83 billion dollars. “Eighty-three and a half billion”, — said the President of the Russian Federation.

China and Russia have many promising projects in energy, including nuclear and gas, the President said.

“We have good prospects in infrastructure, in transport, we plan big projects in aviation, there are other areas of mutual interest,” he continued. In this regard, the connection of Russia’s partners in the BRICS to work together in different projects is especially important, Putin said.

“In particular, in the field of nuclear energy 11 projects we are discussing with the South African Republic”, — said the President of the Russian Federation. In Russia there are many options for cooperation in the field of financial institutions, the BRICS, including pools create a reserve currency, Putin said.