The President of Russia Vladimir Putin said that the authorities realize how important oil and gas sector for Russia. And, carrying out structural changes in the industry, the government will not suppress this field. 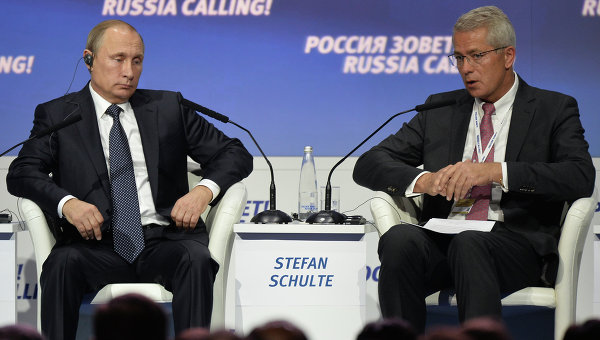 MOSCOW, 13 Oct. The Russian authorities will not act to suppress the development of oil and gas sector, the idea of the Ministry of Finance to withdraw additional income from the devaluation of the ruble, said President of Russia Vladimir Putin.

“Despite the position of our financial authorities, we are thinking about this (about support for the oil and gas industry — ed.)… it’s not that we want to sink investments in this sector”, — said Putin, speaking at the investment forum “Russia calling”.

According to him, the Ministry of Finance proposed increasing the burden on the oil industry came from the message about the withdrawal of extra profit received from exchange rate fluctuations of the ruble, and following discussions, the Ministry agreed to reduce its request from $ 600 billion rubles to 200 billion rubles. The last amount the Ministry of Finance expects the Federal budget in 2016 by eliminating planned for this year is to reduce export duties on oil.

“But I want to assure you: we understand and realize how important oil and gas sector for Russia, for the Russian economy. And, in an effort to diversify, to structural changes, we will not do it due to the fact, to suppress the sphere in which works efficiently,” the President said in the concluding part of his speech.