The President of Russia noted that all economic forecasts confirm a positive trend. 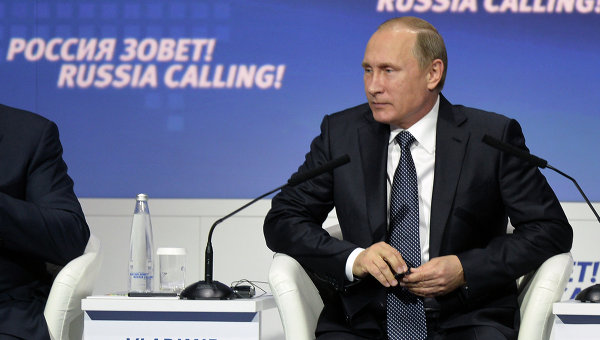 MOSCOW, 13 Oct. The President of Russia Vladimir Putin said that the authorities expect that in the coming years will not only overcome the depression of certain economic sectors, but will be restored and positive dynamics in General.

“All our plans for the coming years is calculated, of course, that we don’t just look at it this way, not only leave the state of depression of certain economic sectors, but also restore a positive trend in General. I have no doubt that it will, and all our forecasts, and they’re pretty solid and professional. And to do this we will be on the basis of a very realistic, very modest forecasts for the hydrocarbons and energy, on oil, on gas, on the basis of 50 dollars per barrel”, — said Putin at a forum “Russia calls!”.