Traditional software speech of the Russian leader at the summit this year is not planned. The President will communicate with forum members by answering their questions. 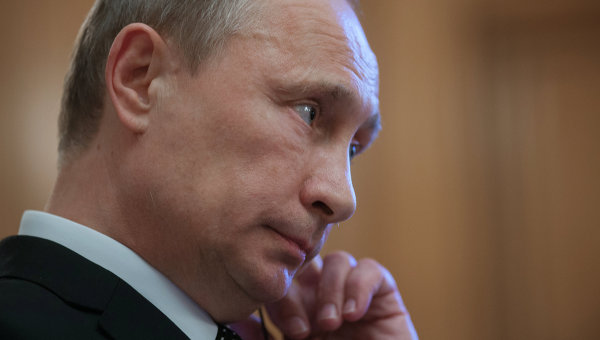 MOSCOW, 13 Oct. Russian President Vladimir Putin on Tuesday will take part in the forum “Russia calling” and will meet with government to discuss progress sounded in the message to the Federal Assembly tasks.

Putin is not the first year participates in organized by the VTB capital forum “Russia calling”.

“The main topics of the forum — attracting international investors to Russian markets and increasing investment in the Russian economy in the current world economic situation”, — noted in a press-service of the Kremlin.

At this time, as told journalists the President’s press Secretary Dmitry Peskov, the traditional program of Putin’s speech was not planned. According to him, this year the President will communicate with the participants and answer their questions.

Forum last year was a great success. In its work took part more than 2000 delegates, including over 500 investors from Russia, Europe, USA, Asia, Middle East and Africa, as well as heads of leading Russian companies and members of the Cabinet.

Implementation of the message

On the same day, said Peskov, Putin will hold another meeting with government members. The main theme of which, he said, will be the discussion of the preliminary results of the implementation of the President’s address to the Federal Assembly of the Russian Federation.

The meeting will also consider a number of pressing current topics.

In his message of December 5 last year, Putin gave an assessment of international and domestic political, social and economic spheres. It is, including the Amnesty of capital, which intends to monitor the President in person, fixing tax rates, reducing inefficient spending budget, the fight against currency speculation.

The President also talked about the need to abandon total control over the business, the introduction of a Supervisory holidays for small businesses, the possibilities of the Russian Federation to apply innovative solutions to ensure the country’s defense.

The President also said then that Russia is not going to cease relations with Europe and the United States.