According to Anton Siluanov, colleagues from the IMF stated that they are preparing changes on the order of repayment obligations to official creditors. The head of the Russian Ministry of Finance considers that this is done in order to freeze payments to Russia. 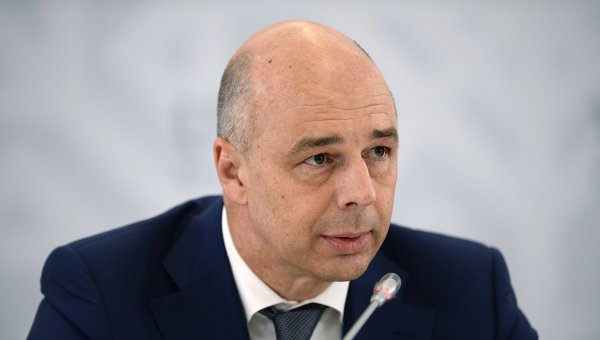 MOSCOW, 13 Oct. Russia will put the question to the IMF in repayment of Ukraine’s obligations to Russia as an official lender, said the head of the Russian Finance Minister Anton Siluanov.

“(The meeting in Peru — ed.) with the Minister of Finance of Ukraine, just a couple of words I want to say about the meeting with his Ukrainian counterpart. (I — ed) stated that the debt that Ukraine has to Russia is official and cannot be considered as a commercial debt, the negotiations which are underway with the leadership of Ukraine”, — said Siluanov at the meeting of the President of the Russian Federation with the government.

Speaking about what actions the Russian side can follow in Ukraine when collectability of the debt, Siluanov recalled that the Russian Federation may apply to the arbitration.

“We will also put the question of the solvency of the programs to the IMF, because the program Fund, as previous experience of such programmes, it is mandatory to provide repayment obligations to official creditors. In this case, Russia is an official creditor,” — said Siluanov.

In his words, colleagues from the IMF, in conversation with him said that preparing for changes of this order. “Citing the fact that preparing for a General change of approaches in order you do not include all of the obligations of sovereign countries to official creditors in the volume programs, the volume of financing support from the IMF. It is clear that this is done solely in the current situation to freeze payments to Russia”, — said Siluanov.

The head of the Ministry of economic development Alexei Ulyukayev has previously admitted the possibility that Ukraine will not repay in December the debt to Russia in $ 3 billion. Ukraine in September launched a legal process of restructuring part of its debt. The government of Ukraine included in the perimeter of restructuring and Treasury of the Russian Federation Eurobonds for $ 3 billion. In Kyiv they are considered commercial and not state credit. Russia has repeatedly voiced the position that to participate in this restructuring has no plans and will demand full repayment by Ukraine of Eurobonds.