During the week, the airport handled more than one thousand flights, including international 180, according to the management company. Currently, the airport Sochi is working to send cargo flights with the cars and equipment “Formula 1”. 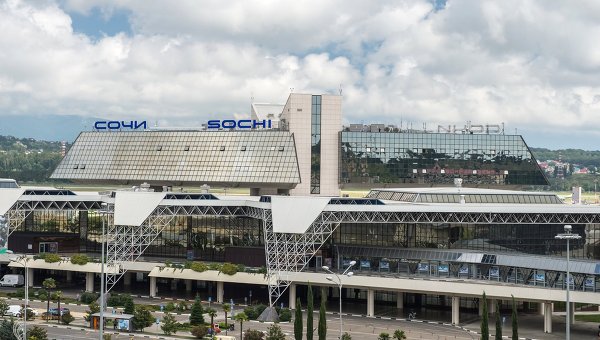 SOCHI, 13 Oct. Juliana Grebennikova. Sochi international airport served over 100 thousand passengers in the days of the Russian stage race “Formula-1”. It is reported by the company “Basel Aero”, which manages airports in Krasnodar region.

It is specified that during the week from 6 to 12 October Sochi airport served over 100 thousand passengers for arrival and departure and more of 1.19 thousand flights, of which more than 360 Charter flights and business aviation, including more than 180 international flights. The aircraft came from Parma, Milan, Pisa, Bologna, Verona, Dubai, Geneva, Oxford, London, Luton, Dublin, Vienna, Kosice, Bangkok, Manama, Istanbul, Riyadh.

“The peak day for arrival of participants of the Russian stage race “Formula-1″ began on October 7 and 8. Daily to the airport of Sochi came to 8440 passengers. On peak flight days 11 and 12 October, when the airport served up to 12 thousand passengers per day”, — stated in the message.

After racing the airport works by sending cargo flights to cars and equipment, “Formula 1”. So, on Monday at the airport already served two cargo aircraft Boeing-747-400 airline, AirBridgeCargo, are headed to Amsterdam. On Tuesday, Sochi will fly three cargo aboard: two Boeing 747-400 of Singapore Airlines and AirBridgeCargo in Brussels and goose Bay and A330-200 Qatar Airways to Doha.

Sunday in the Olympic Park Sochi finished second in the history of the Russian Grand Prix, won the driver of “Mercedes” Briton Lewis Hamilton. His team at the end of this weekend won the constructors ‘ championship.