The leader of the CPRF Gennady Zyuganov said that the elections in Belarus were attended by thousands of observers, and people stood in line to vote. 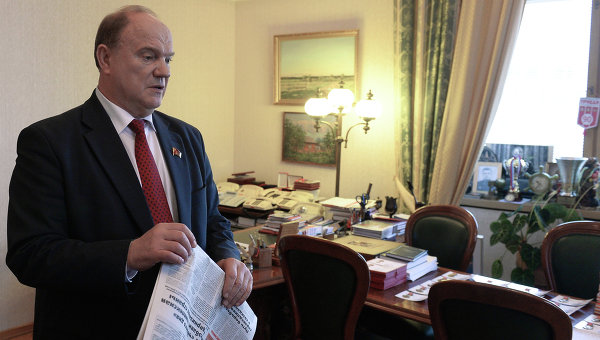 MOSCOW, 13 Oct. The CPRF leader Gennady Zyuganov believes that Russia should borrow experience of Belarus in the elections, especially on the eve of the election campaign to the state Duma in 2016, which will take place in conditions of deepening economic crisis.

Presidential elections in Belarus were held last Sunday. According to the CEC, incumbent President Lukashenka won, scoring 83.5 per cent of the vote.

Chairman of the Communist party noted that the elections in Belarus were “thousands of observers from around the world and all were delighted with what they saw.” According to him, people stood in line to vote, and no one was fenced off, but journalists and observers together counted ballots. Also there was not a single protest, said the politician.

“I compared it with the elections that recently seen in the Irkutsk region and in Moscow suburbs, and in Central regions of Russia, not to mention Mari El (the Communist party challenged in court the results of elections of the head region), and so on. We’d have to borrow the example (Belarus),” — said Zyuganov journalists.

In his opinion, it is especially important in anticipation of a “difficult election campaign to the State Duma” in 2016, which will go in a “deepening financial crisis”.

Zyuganov also on behalf of the Communist party congratulated Alexander Lukashenko with victory at the elections of the President of Belarus. According to the Communist leader, he was brilliant.

The Chairman of the Communist party also noted that Belarus is one of the main strategic allies of Russia, which is worthy of emulation.