The General Director of “Aeroflot” Vitaly Saveliev said that the airline claims the 57 routes “Transaero”. 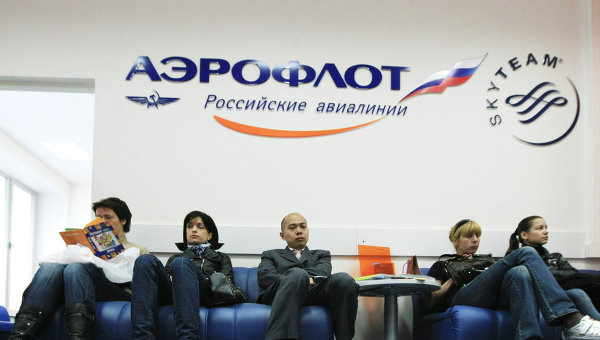 MOSCOW, 14 Oct. “Aeroflot” wants to get some routes of Transaero airlines to offset their costs, which the carrier now carries because of passengers, “Transaero”, said the General Director of “Aeroflot” Vitaly Saveliev.

According to Savelyev, the airline claims the 57 routes “Transaero”.

“We understand that the airline “Transaero” there is a commercial direction… in many areas “Transaero”, in contrast to Aeroflot, the monopoly… We will claim, in the case of the distribution of commercial routes, on a certain number, which will allow us in the future, within a few years to recoup the costs that we have suffered,” he said in an interview with TV channel “Russia 24”.

A source in one of the airlines had reported earlier that Aeroflot has applied for 56 international routes “Transaero” from 154.

According to analysts, the loss of “Aeroflot” passengers “Transaero” could reach 8-10 billion rubles.

Transaero airlines has been unable to service debts, which form together with the leasing obligations of about 250 billion rubles. Approved in September the government plan for the transfer of 75% of actions “Transaero” state “Aeroflot” for the subsequent rehabilitation took off. The creditors are considering the option of bankruptcy of the airline.