According to the representative of the Kaliningrad regional customs, for 10 months in Russia by individuals were imported 745 cars. For the same period last year this figure amounted to 4.5 thousand cars. 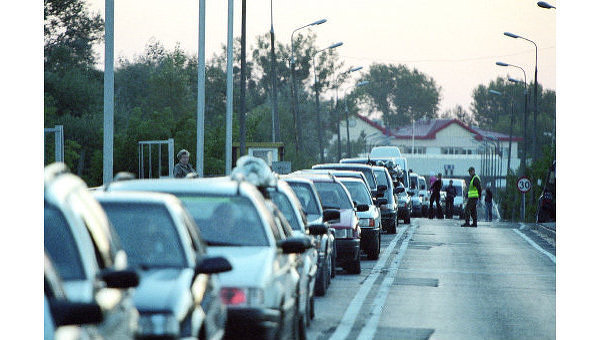 KALININGRAD, 14 Oct. The fall of the ruble against foreign currencies, which occurred in late 2014, had its greatest impact on the import to Russia of foreign cars by physical persons, have informed journalists on Wednesday the Deputy head of the Kaliningrad regional customs Julia Bashkatova.

The exchange rate of the ruble against the bi-currency basket has experienced the strongest drop on 15 December 2014 since the default of 1998. The result was increased prices for raw materials, the cost of goods and services, as well as the rate of inflation.

“Changing the exchange rate by affecting the number of cars imported by individuals. Today was imported 745 cars for 10 months last year for the same period was 4.5 thousand cars. For citizens, the import of foreign cars has become quite problematic,” said Bashkatova.

For the rest of the group industrial products of the Kaliningrad customs have not noted a significant reduction in imports. With respect to the importation into the Russian Federation on the Kaliningrad direction of food products, according to the customs, the reduction has less to do with the change of the exchange rate, but with the introduction of Contracting measures in accordance with the decree of the President of the Russian Federation in August 2014.

“Import of food products and agricultural raw materials decreased by 33%. In the dollar equivalent of two billion US dollars for 10 months of last year to 1.4 billion for the same period this year,” added Bashkatova.

Relations between Russia and the West deteriorated in connection with the situation in Ukraine. At the end of July 2014, the EU and the U.S. announced sanctions against entire sectors of the Russian economy. In response, Russia in August 2014 restricted imports of food products from countries that have imposed sanctions against her. At the end of June 2015, the authorities decided to extend the ban until August 5, 2016, and August 6, 2015 entered into force the presidential decree on the utilization of prohibited to import products under the food embargo.