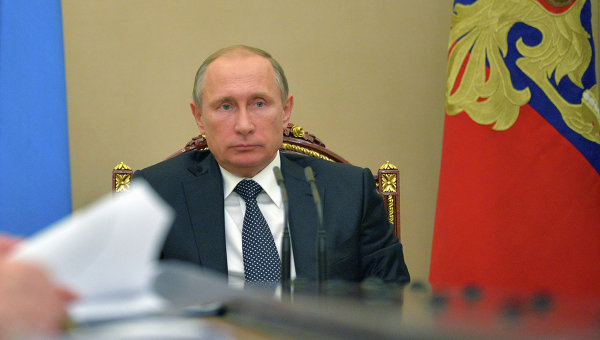 MOSCOW, 14 Oct. The President of Russia Vladimir Putin submitted to the State Duma a bill banning to recognize the content of the Bible, the Koran, the Tanakh and the Gandzhur and quotes from them are “extremist materials”.

Earlier, the judge of the Yuzhno-Sakhalinsk court at the suit of the Prosecutor recognized “extremist material” the book “Prayer to God: its significance and place in Islam”. The reason for this was explained in the book some of the surahs (chapters) and quotes from the Koran. The head of Chechnya Ramzan Kadyrov called accepted the decision of the judge and the Prosecutor to justice, and the Deputy of the state Duma of Samail sarailiev (EP) was sent to the Russian law enforcement authorities requests to verify the chain of people involved in the court’s adoption of such decision.

“The Bible, the Koran, the Tanakh and Gandzhur, their content and quotes from them can’t be recognized as extremist materials”, — said in the text of the bill, which amends the law on combating extremist activity.

In the explanatory note to the bill States that article 28 of the Constitution of the Russian Federation States that everyone is guaranteed freedom of conscience, freedom of religion, including the right to profess individually or together with others any religion or not to profess any.

In the development of this provision in the Constitution of the Russian Federation adopted the law “On freedom of conscience and on religious associations”. Based on the preamble of the mentioned law, it was Christianity, Islam, Judaism and Buddhism are an integral part of the historical heritage of the peoples of Russia.

“In connection with the foregoing and in order to ensure equal respect for the world’s traditional religions, the draft law proposes to establish that the Bible, the Koran, the Tanakh and Gandzhur that constitute the spiritual basis of these religions, their content and quotes from them can’t be recognized as extremist materials”, — stated in the explanatory Memorandum.

The concept of the bill agreed with the representatives of centralized religious organizations of Russia, noted in the explanatory Memorandum.