The Deputy of the state Duma Elena Nikolaeva said that the suspension of registration of contracts of participatory construction means that at the moment, even in those houses that are on the stage of readiness, you can’t sell the apartment. 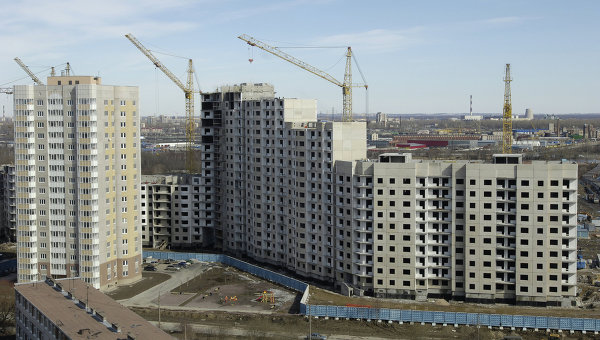 MOSCOW, 14 Oct. Registration of contracts of a joint construction (DDU) from 1 October in Russia virtually stopped, said at a meeting of the public Council under the Ministry of construction of the RF state Duma Deputy Elena Nikolaeva.

“From 1 October this year, in fact, suspended registration PO. This means that even in those houses that are now in the final construction stages, 70-80%, it is impossible to sell the apartment. It is connected with special requirements for insurance companies which have entered from October 1 the Central Bank”, — she said.

This is a big problem, let us gather on this occasion the meeting offered Nikolaev. The head of the Ministry of construction Mikhail Men agreed with this initiative.

The losses of Russian citizens from unscrupulous developers, the authorities are discussing changing the system of shared construction of housing. Offered and refusal of the scheme. However, as reported in July in the Secretariat Shuvalov, at this stage it is envisaged to reform the system: developers, attracting funds of citizens in the early stages of construction, will be required to obtain a Bank guarantee and the Bank will become a third party in the contract between the citizen and the developer.