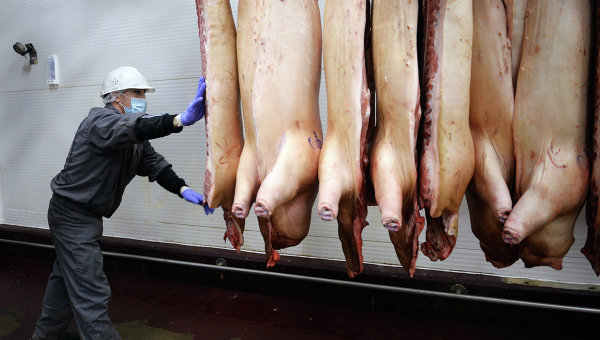 VORONEZH, 14 Oct. Agricultural holding “Promagro” intends to implement in the Voronezh region the investment project on manufacture of pork, said on Wednesday the government of the region.

Agricultural holding “Association “Promagro” created in the Belgorod region in 2003. It joins 18 enterprises, representing a closed production cycle. At the sites of the company are bakery products, alcoholic beverages, ice cream, farm products and much more. LLC “agro-industrial complex “Promagro” is engaged in the pig industry. On Wednesday the Governor of the Voronezh region Alexey Gordeev met with the President of holding company “Promagro” Fedor Stick.

“The meeting participants discussed the possibility of implementation on the territory of Voronezh region investment project “Promagro” for growing pigs. As explained by the Governor of the businessmen, who are ready to build on Voronezh land full cycle production, including the feed mill and the slaughterhouse”, — stated in the message. The estimated investment in the project is not called.

Gordeev noted that pig production in the region “still has reserves, and because the entry of a new investor in this niche will be mutually beneficial and promising.”

As potential sites for the project he suggested bordering the Belgorod region areas — for example, Repyevsky, or Territory.

Livestock production became a priority direction in agriculture of the Voronezh region after 2010, when the drought and fires of the region were collected from the burned-out fields only 49% yield.