“Governmental hour” with the Russian foreign Minister Sergey Lavrov took place in the state Duma on October 14. “Pravchasa” discussed topics such as Syria, the situation in the middle East and foreign policy of the Russian Federation. 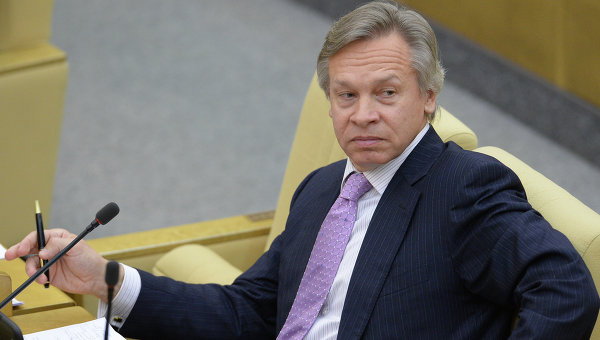 MOSCOW, 14 Oct. The head of the state Duma Committee on international Affairs Alexei Pushkov said that in the lower chamber there is a consensus about the country’s foreign policy and actions in Syria.

“Discussion of report of Sergey Lavrov in the state Duma confirmed the presence of a consensus in the state Duma about the country’s foreign policy and Russia’s actions in Syria,” Pushkov wrote Wednesday in his microblog on Twitter.

From September 30 to Russia at the request of President Bashar al-Assad began to apply airstrikes against the “Islamic state” in Syria. During this time, aerospace forces have carried out more than 450 strikes, killing about 300 of the militants, training camps, command points, ammunition depots and other facilities. In addition, 26 cruise missiles has released ships of the Caspian flotilla, which successfully defeated the objects of IG.

According to the General staff of the Russian armed forces, is militants are significant losses and change their tactics, representing strength and hiding in the settlements. On the frontline with the Syrian troops they lost most of the weapons and equipment, and the number of IG groups is ready to leave the combat zone.

Russian President Vladimir Putin confirmed earlier that the timing of the Russian operation in Syria will be limited offensive by the Syrian military, but also excluded the possibility of using the armed forces in ground combat.