Vitaly Savelyev said that upon the transfer of Transaero under the management of “Aeroflot”, airline costs according to preliminary estimates amounted to 5 billion rubles. The issue of state guarantees the company does not raise. 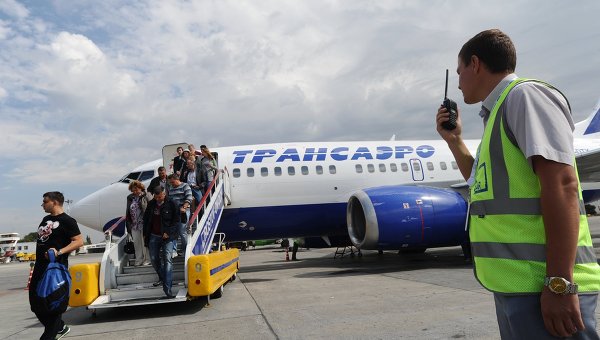 MOSCOW, 14 Oct. “Aeroflot” does not purport to state guarantees and state aid requests in the situation of “Transaero”, said the head of Russia’s largest air carrier Vitaly Savelyev.

As reported by Savel’ev, upon the transfer of Transaero under the operational management of “Aeroflot”, the last costs according to preliminary estimates made at this point about 5 billion rubles. “Aeroflot” has filed a claim for this amount to “Transaero” in order to assert their rights and “to join the queue of creditors just in case,” said Savelyev.

“We clearly understanding, the management of Aeroflot… that money is not in the budget. No in the case of airlines bankruptcy, no money on any warranty and we do not claim, a question we do not put”, — said in an interview with TV channel “Russia 24” Savelyev.

“We understand that the company “Transaero” there is a commercial trend, I want to say that their 92, and in many areas, in contrast to the “Aeroflot”, “Transaero” — the monopolist. We have not a monopoly… We will claim in the event of distribution of commercial rights for certain number of rights which will allow us in the future, for several years to return the costs that we have suffered,” he added.