Currently, he is preparing documents for the establishment of special free zone with Vietnam. We also discuss the possibility of cooperation with Iran. 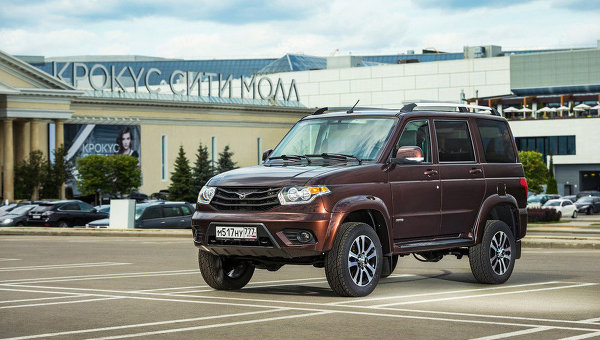 MOSCOW, 14 Oct. Sollers group hopes by the end of the year to sign the agreement for contract Assembly of UAZ cars in Vietnam, said CEO and majority owner of the group is Vadim Shvetsov during his speech at the forum “VTB Capital” “Russia calls”.

“Now Russia is preparing documents for signature with the Vietnam special free zone, it will allow for us to have the opportunity of entering the market and we are trying to implement the practices that had been in Russia — the industrial assemblies, i.e., the shift from simple operations to more complicated operations for Assembly and, of course, with a progressive scale localization”, — he noted.

“Such agreements are under active discussion, I hope that by the end of this year we will reach agreements and we have next year will be the implementation of Assembly projects in Vietnam”, — said Shvetsov.

He also noted the interest of the group to Vietnam, since the country became a member of the TRANS-Pacific partnership. “Including through the market for our products potential expansion to other countries, in fact, the whole of Oceania could be available”, — said the head of Sollers. This strategy can be applied on Egypt, he added.

“We are actively discussing with our partners in Iran it possible to work together after sanctions on the country will be removed”, — said Shvetsov, explaining that everyone is waiting for the opening of the market after the lifting of sanctions, because there is a large population and a large consumption of cars.