Following the meeting on development of oil refining in Russia reported that the Ministry of energy of the Russian Federation proposed to oblige oil companies to sell on the domestic market 95% of proizvoditsya and 52.5% of diesel fuel. 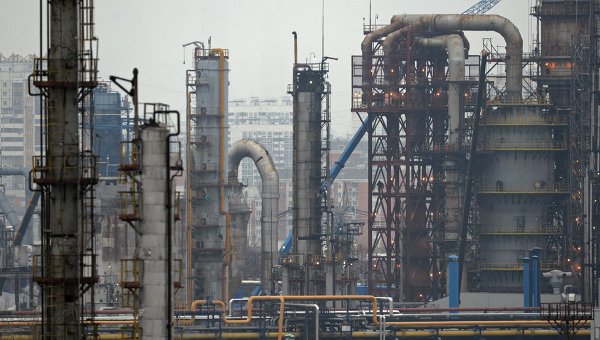 MOSCOW, 14 Oct. The Ministry of energy of the Russian Federation proposed to oblige the oil companies in 2016 to sell on the domestic market 95% of their gasoline and 52.5% of diesel fuel; the results of the discussion with the oil companies shall be reported to the government before December 1, it follows from the minutes of the meeting held on 6 October, Prime Minister Dmitry Medvedev.

Medvedev on October 6 held a meeting on development of oil refining in the Russian Federation. At that meeting, the Minister of energy Alexander Novak announced a proposal to consolidate the agreements that were signed in 2011, the FAS, Rosstandart, Rostekhnadzor and the oil companies, the liability of oil companies for sale within the Russian Federation not less than 90% of the fuel.

“The energy Ministry and Rostekhnadzor, FAS and Rosstandart further work with the oil companies the question of amending the quadripartite agreement in part:… the commitment of oil companies to ensure supplies to the domestic market of gasoline in 2016 at the 95% level of output, diesel fuel — at the level of 52.5% of the volume of production”, — stated in the minutes of the meeting, the text of which has been found.

At the present time in quadripartite agreements are not secured obligations of the companies on realization of fuel on the domestic market.

Also mandated to consider the question of fixing in the quadripartite agreements of obligations of the oil companies for the production of gasoline, diesel fuel and jet fuel in 2016-2020, with a breakdown by year, with plans for production in 2015 and 2020 remains unchanged, except for the cases approved by the Ministry of energy.

The results of the agreements with the oil on the amendments to the quadripartite agreement must be presented to the government of the Russian Federation before December 1, 2015.

The extension of circulation, “Euro-4”

At the same meeting, energy Minister appealed to the Prime Minister asking him to avoid a possible shortage of gasoline in Russia to support the extension for one year, until the end of 2016, the turnover of fuel of class “Euro-4”. However following the meeting it was decided to extend the deadline until July 1, 2016.

Novak explained that in case of realization established by the Regulations of transition from 2016, on circulation class “Euro-5” possible shortage of gasoline based on the forecasted consumption, from 1.8 to 3.8 million tons. Thus, in order to provide incentives for companies to finalize the modernization of the refinery and to transfer the production of gasoline fifth grade, are invited to consider the possibility of differentiation of excises on fourth and fifth class and set the differential in 3,5 thousand roubles.

In the minutes of the meeting of the energy Ministry, the Ministry of Finance and the Ministry of economic development mandated to develop the question of the rates of excise duties on gasoline fourth and fifth classes until mid-October to report to the government on the results.