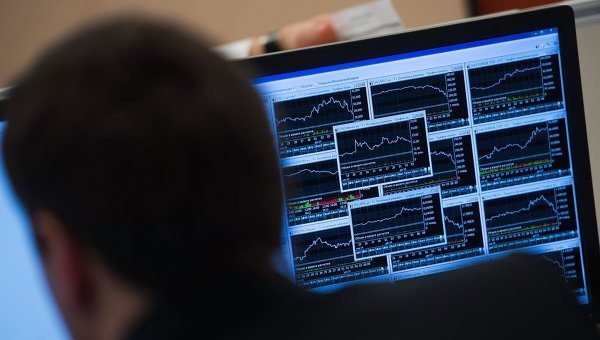 MOSCOW, 14 Oct. Elena Likova. The Russian stock market is trading mixed against the background of falling of the ruble and Brent oil, which fell below $ 47 per barrel.

Shares of one of the largest Russian retailer Dixy rose 2.15% on the publication of operating results for the first nine months of 2015.

The group in September, retail revenue increased by 17.1% compared to the same period last year to 21.4 billion rubles. Sales growth accelerated in comparison with August, when the revenue of the retailer increased by 12.9%.

“The reaction of investors on the production results was neutral. However, MMK’s shares look quite attractive compared to other companies in the sector. We assume that before the end of the year, shares of MMK have a chance to update the local maximum”, — says Daria Zhelannova from Alpari.

The price of Brent crude oil fell to the lowest values last week in anticipation of rising crude inventories in the U.S., analysts say Dukascopy Bank SA. The weakening of the Russian currency the second day in a row is supporting the share prices of steel companies, they add.

The capital markets in disarray: the optimists do not want to believe that previous stock exchange rally was false, says Zhelannova from Alpari. Pessimists, in turn, have not yet found significant cause for a full-scale reversal of sales, she adds.

According to the analyst, the MICEX index will hold an auction of medium in the range of 1690-1735 points.

The RTS index may drop to 848 points, while the MICEX index is likely to reach up to 1707 points, predicts Mikhail Krylov from “Golden Hills — Kapital AM”.

“In the second half of the week, we expect profit taking in the stock market, which will lead to a correction of 3-5%, where, in our opinion, will be a good opportunity for repeat purchases. This should draw attention to papers of LUKOIL, ordinary Sberbank, prefs of Surgutneftegas and the Moscow exchange,” — said the asset Manager “Zerich capital Management” Alexey Trunev.