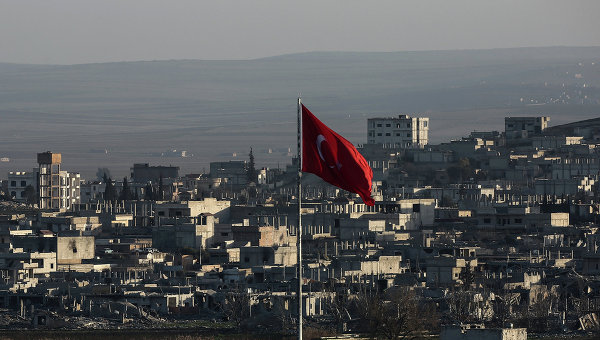 ANKARA, 14 Oct. Fedor Smirnov. Ankara and Moscow have no problems with energy cooperation, about the refusal of Turkey on Russian gas is not a speech, said the Minister of energy and natural resources of Turkey Ali rıza Alaboyun.

Earlier, President Recep Tayyip Erdogan in connection with the aggravation of relations with Russia because of the operation HQs of the Russian Federation in Syria and afianzamiento stated that Turkey may reconsider the issue of Russian gas supplies and construction of NPP “Akkuyu”.

“You need to know that we have no problems in the energy sector. Russia for us is a good supplier, and we are good buyers, about 60% of the gas we receive from Russia. We in any case are not going to refuse from Russian gas. Even if there are any questions, we will find ways of their solution”, — said the Minister in an interview with Anadolu news Agency.

Alaboyun previously stated that the construction of nuclear power plants in Turkey “Akkuyu” on the project of the Russian Federation will continue according to the plans.

In 2014 Gazprom supplied Turkey with 27.4 billion cubic meters of gas, accounting for about 60% of the total gas consumed by Turkey. Turkey is the second largest market for Gazprom after Germany. Gas from Russia is transported to Turkey through the pipeline “Blue stream”, laid under the Black sea, and the TRANS-Balkan pipeline through Ukraine. However, exports are expected to increase. Gazprom and Botas signed 1 December 2014 a Memorandum of understanding on construction of a new pipeline “Turkish stream” from Russia to Turkey across the Black sea.