Earlier Kiev said that completely stops air communication with Russia since October, 25th. In this regard, significantly increased the demand for train tickets, is not excluded and the appearance of flights of foreign carriers with one or more stopovers. 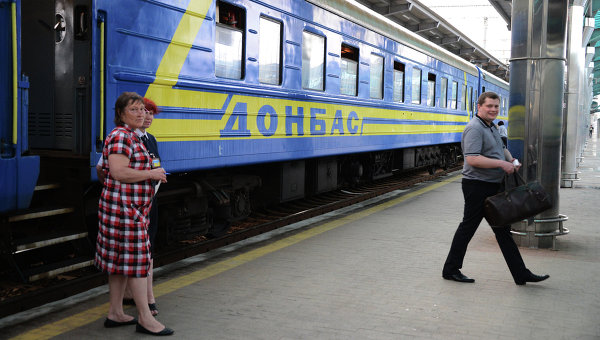 MOSCOW, 14 Oct. The number of purchased train tickets from Russia to Ukraine has doubled after the message about the prohibition of flights between the two countries, according to the information provided by the service tutu.ru.

Earlier, Ukraine said that completely ceases connection with the Russian Federation since 25 October. Ukrainian authorities believe that the Agency without explanation has limited the flights of the Ukrainian companies. However, before that, the Ukrainian Cabinet of Ministers has banned flights to Crimea several Russian airlines, including Aeroflot and Transaero flights to Ukraine from October 25. In response, Russia banned flights by Ukrainian companies.

“Since the advent of information about the prohibition of flights of Russian and Ukrainian carriers between the two countries, the share purchased in tutu.ru tickets on the train doubled. So, at the end of September the share train tickets (from Russia — ed.) of Ukraine on the date of departure did not exceed 1.4%, and by the end of October 2015 rose to 2.8%”, — stated in the research service. It comes to share of all the railway tickets purchased through this service.

Replaced the extremely popular Russian and Ukrainian direct flights come flights of foreign carriers with one or more stopovers, study says tutu.ru. “These flights will be longer and likely more expensive”, — experts say the service.

The share of foreign airlines — Belavia, Turkish Airlines, LOT — Polish Airlines, Air Baltic, was until recently less than 1% of the total number of tickets purchased. “In recent days the share on the date of sale increased nearly 14 percent, and by date of departure — 25%. In this early sale of tickets to Ukraine after October 25 is practically equal to zero. Passengers not in a hurry to buy tickets for transit flights”, — say the experts service.