Earlier, the management of Air France has presented its anti-crisis plan, under which the company expects a reduction of about 3 million jobs and a decrease of 10% in the next two years of the program of long-haul flights. 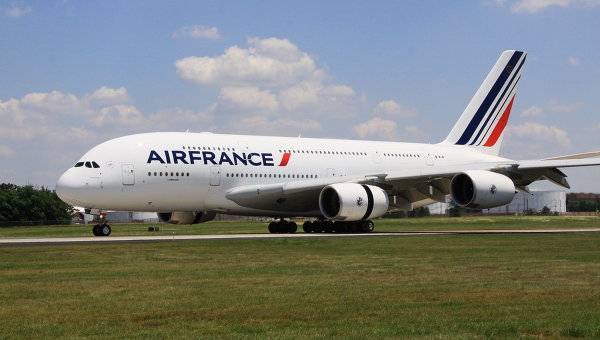 PARIS, 15 Oct. Victoria Ivanova. The application of the plan to restructure the airline Air France in 2017 can be avoided if the management of the company will be able quickly to negotiate with the trade unions, reports on Thursday Reuters with reference to the statement made by the company.

“Plan for the reduction of activity in 2017 can be avoided if the negotiations will quickly lead to success… Management and the trade unions prefer a plan to increase activity in terms of discussing cost savings, rather than the restructuring plan with far more serious social consequences,” they said in a statement Air France.

According to the Agency, the next meeting of the Central Committee of the airline is scheduled for October 22. It is expected that the negotiations between company management and trade Union representatives will continue until this meeting.

The plan, which in early October led to the brawl and arrests of staff, assumed a reduction of about 3 million jobs and a decrease of 10% in the next two years of the program of long-haul flights. Meeting of the Central Committee of the airline was thwarted by trade Union members, who broke into the hall and staged a brawl in which injured seven people.

The airline and its employees filed three suits. In particular, the document contains a demand to investigate the incident “intervention in the process of meeting” and “damage”. A few days later a few people who probably were the instigators of the brawl were detained.