Russian Ambassador to Latvia Alexander Veshnyakov expressed the hope that the EU will revise its policy towards Russia, and Moscow will be back to “normal, friendly relations” with Europe. 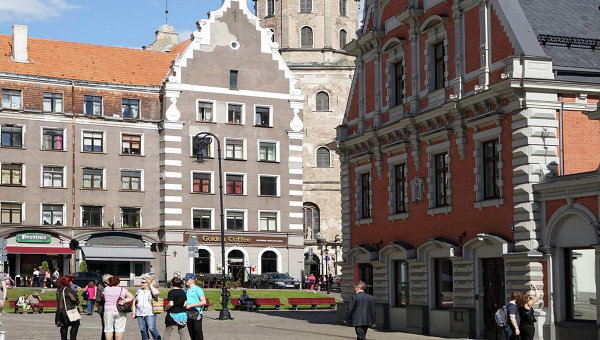 RIGA, 15 Oct. The trade turnover between Latvia and Russia in 2015 will fall by 30-40% because of the imposition of sanctions by the EU and the Russian retaliatory measures, says Russian Ambassador to Latvia Alexander Veshnyakov.

“Suffer our traditional partners, including Latvia. With Latvia over the last seven years the trade turnover has increased four times, from $ 3 billion in 2007 to $ 13 billion in 2014,” he said Thursday in an interview with “Latvian radio 4” Veshnyakov.

“In the same year, we, apparently, will be the reduction of trade turnover between Russia and Latvia by about 30-40%. This is a consequence of the sanctions against Russia. This loses not only Russia, but loses and Latvia. You remember that if until 2014 the growth of the Latvian GDP was over 4% and approaching 5% annually, now we are talking about just over 2%. Sanctions — a double-edged weapon,” said the Ambassador. Veshnyakov, however, expressed hope that over time the relations between Russia and Latvia and all of Europe, though warmer.

“We hope for more objective analysis (from the EU — ed.) situation and on the South-East of Ukraine, and Syria. Much put everything in its place and will prompt reconsideration of many positions available within the European Union. If this happens, and we hope that this will happen, then, of course, and we hope to return to a normal, friendly relations between our countries and mutually beneficial cooperation”, — said Veshnyakov.

Relations between Russia and the West deteriorated in connection with the situation in Ukraine. At the end of July 2014, the EU and the USA from the point of sanctions against individuals and companies have moved to measures against entire sectors of the Russian economy. The EU should consider the abolition or extension of anti-Russian sanctions in January 2016. Moscow has repeatedly stated that not privy to the events in the South-East of Ukraine, not a party to domestic conflict and is interested in Ukraine overcame political and economic crisis. Moscow urges Kiev to establish a direct dialogue with the breakaway republics of Donbass.