By 18 October on track two lines in repair, shall be renovated, said the Minister of fuel and energy of the Republic Sergey Egorov. He hoped that after the restrictions on the supply of electricity from Ukraine will not be. 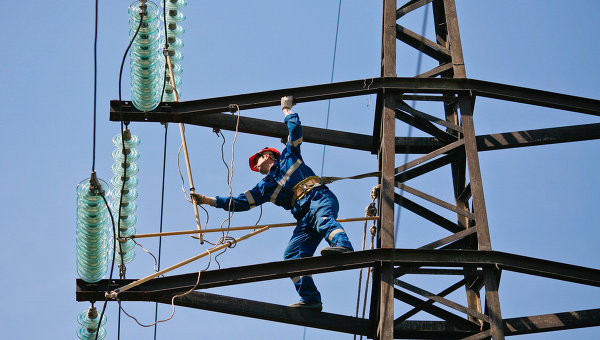 SIMFEROPOL, 15 Oct. The end of the repair of two of the four high-voltage transmission lines (WEL) in Ukraine should be completed by October 18, which will allow to restore the flow in full, said on Thursday the Minister of fuel and energy of the Republic Sergey Egorov.

Because of the conclusion in the repair of two power lines in the region today receives about 650 MW of electricity, which is not sufficient in the morning and evening peaks of power consumption, said Egorov. In terms of the coming cooling of the Crimea during peak hours consumes from 800 to 1000 MW.

“By 18 October on track two lines, bred for repair, should be repaired. All four lines will be put into operation. We hope that constraints (electricity supply) by the authorities of Ukraine will not be signed contracts, agreed the price of electricity. At the moment everything is calm,” he said at a press conference in MIA “Russia Today” Egorov.

The Minister said that his own generation of Crimea and refit and ready to go. Repairs company “Krymtel” completed, there is a small lag in the fuel in Kerch for Reed-burunskiy power plant. He also said that at present due to limitations flow in the Crimea in the peaks of energy consumption are included in the work all mgtes, located near Simferopol substation, West of the Crimean and Sevastopol class voltage 330 kV. The power generated by them is specified by the Manager.

Crimea is 70% dependent on power supplies from Ukraine. According to the estimates of the Ministry of energy of the Russian Federation, the region needed an additional approximately 880 MW of capacity. The end of the year under construction primarily Russia power bridge to Crimea must be commissioned, which will give to the Crimea from the mainland to 400 MW of capacity. The second phase will increase the power flow to 800-840 MW — the construction will finish in summer 2016.