The duty on oil exports from the Russian Federation from November 1, could grow to 97.1 per dollar per tonne from 91.5 dollars per ton in October, said the expert of the Russian Finance Ministry Alexander Sakovich. 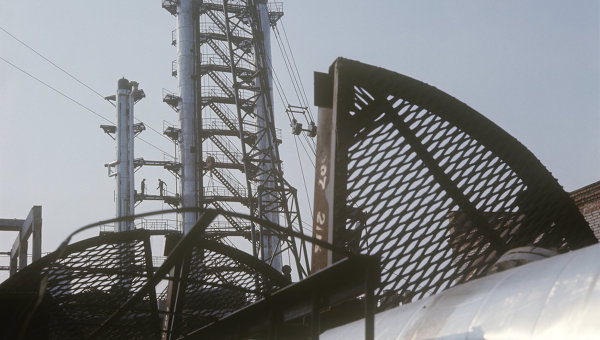 MOSCOW, 15 Oct. Duty on oil exports from the Russian Federation from November 1, could grow by 5.6 per dollar to 97.1 dollars per tonne from 91.5 dollars per ton in October, follows from the average price monitoring.

The average price monitoring for the period from 15 September to 14 October was 47,18364 dollars per barrel, or to 344.4 dollars per ton, said the expert of the Russian Finance Ministry Alexander Sakovich.

Preferential rate of duty on oil of Eastern Siberia, Caspian fields and the Prirazlomnoye field due to the change in the calculation of the rate of duty in connection with the tax maneuver was zeroed with 1 February. These rates, according to the new formula, will remain at the zero level, if the average oil price will be below $ 65. Also reset to zero the duty on liquefied petroleum gas (LPG).

The export duty for extra-viscous oil from November 1 will increase to 12.1 from 11.3 per dollar dollar per ton in October.

From 1 January in Russia came into effect changes to oil industry taxation. So, in three years to gradually reduce export duties on oil 1.7 times, and on petroleum products — 1.7-5 times with a simultaneous increase in mineral extraction tax rate on oil 1.7 times and for gas condensate — 6.5 times.