Earlier, Prime Minister of Ukraine said that Kiev intends to sue Russia in every case of loss of property in Crimea, and the amount of the loss is $ 1 trillion more. 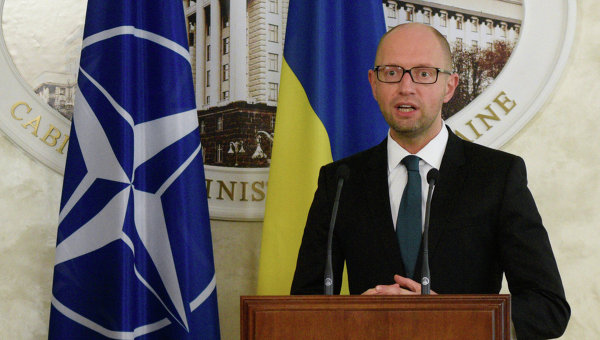 KYIV, 15 Oct. The amount of damage from the loss of Ukraine’s Crimea, which Kiev intends to demand from Russia in the ECHR, is more than 1 trillion hryvnias, instead of dollars, said the press service of the Cabinet of Ministers.

Now against Russia lodged claims in the court of claim to recover damages for the annexation of Crimea to Russia. Previously Yatsenyuk said that Kiev intends to sue Russia in every case of loss of property in Crimea. On Thursday Yatsenyuk said that the sum of the losses specified in the first lawsuit filed by Kyiv in the ECHR, is more than 1 billion, without specifying the kind of currency involved.

“The Prime Minister spoke about the amount in UAH”, — said the press service.

At the end of September the member of Parliament Georgy Logvynsky stated that the loss of Ukraine from joining the Crimea to Russia, allegedly, is 1.2 trillion hryvnias (about $ 57 billion).

Crimea and Sevastopol, do not recognise the legitimacy of the February coup in Ukraine was held on 16 March 2014 a referendum in which the majority of voters (96,77%) when appearing in 83,1% were in favour of joining Russia.

Meanwhile, the authorities of Russia declared that the referendum and annexation of Crimea were legitimate. In particular, President Vladimir Putin said that the referendum meets the norms of international law and the UN Charter. Russia’s permanent representative to the EU Vladimir Chizhov called the lawsuit Kiev against Moscow in connection with the annexation of Crimea to Russia hopeless.