Officially in ALROSA claim that negotiations on the purchase of Polyus no. Sources close to the Supervisory Board ALROSA and the Finance Ministry, and assured that their discussion was not made. 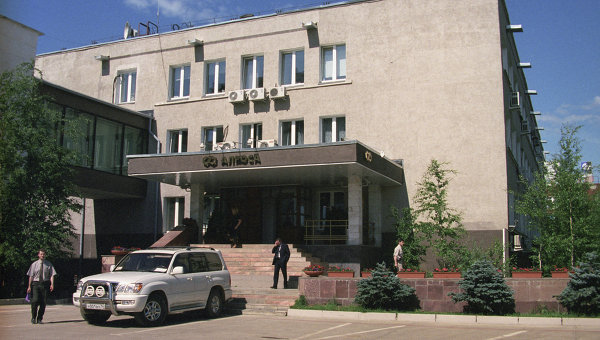 MOSCOW, 15 Oct. The largest gold mining company Polyus Gold Russia can be sold to ALROSA after the consolidation of shares by the family of Suleiman Kerimov, writes in Thursday newspaper “Kommersant” with reference to sources in the investment companies.

Previously Sacturino Ltd said Kerimov, who owns 40,22% Polyus, put the offer to repurchase the securities from minority shareholders until November 3.

The idea of a merger was raised at the management level of the two companies, said one of interlocutors of the edition. “This is a preliminary consultation to discuss various possibilities of synergy businesses,” he explains, adding that the contacts began after the appointment of Andrey Zharkov as the head of ALROSA.

The newspaper’s sources say that interest in funding a possible deal to buy out Polyus ALROSA show VTB and Sberbank. One of the sources in the market said that recently both of the state Bank were vying for the right to Sacturino Fund for the redemption of the minority shareholders of Polyus, in total about 5.5 billion dollars in this will give VTB, which already include a 20% stake in the company from a service family Kerimov.

Another source familiar with the situation said that a month before Sacturino announced a possible offer (2 September), Suleiman Kerimov, “offered to sell his package”, but the businessman refused and he decided to buy out other shareholders, assuming they can sell the shares to a third-party buyer.

Officially in ALROSA claim that negotiations on the purchase of Polyus no. Sources close to the Supervisory Board ALROSA and the Finance Ministry, and assured that their discussion was not made. In administering assets of Nafta Moskva Suleiman Kerimov stated that they do not know about the plans for the sale of Polyus. In the company’s “Kommersant” said that “the information on negotiations with ALROSA or any other party is untrue”. “Polyus Gold is currently in the valid period of an offer to buy shares of the company by Sacturino Limited. All the details of the offer were disclosed earlier,” said Polyus.