Deputy General Director of United engine Corporation reported that the greatest need of the Chinese market is the gas turbine in the power range from 10 to 40 MW. The APC is ready to offer Chinese partners different options. 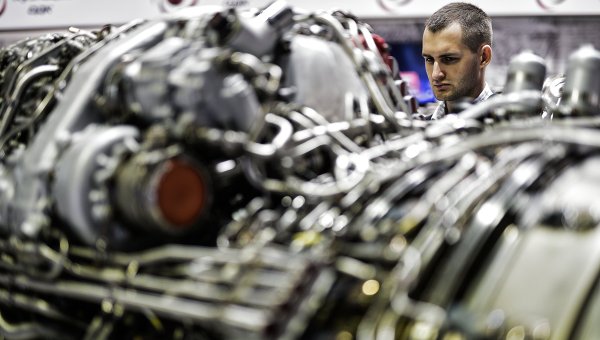 MOSCOW, 15 Oct. Part of rostech United engine Corporation (UEC) is considering the delivery to China of turbines for small scale generation, said in an interview published on the website of UEC, Deputy Director of the company Sergei Mikhailov.

“Simultaneously with the development of sales in the segment of gas turbines (gas turbines — ed.) more than 10 MW, the JDC shall consider the delivery to China of gas turbines up to 10 MW for small scale generation, the volume of which increases every year,” said Mikhailov.

“The JDC, with the support of Consen-established contact with a number of industrial enterprises in China for supply of gas turbines with capacity of 8-10 MW for their own needs. Currently, active work with potential customers to participate in competitive procedures on delivery of such equipment”, — he noted.

He recalled that in 2011 included in the company “Aviadvigatel” has won the tender and signed a contract with Tri Consen Automation Control (a subsidiary company of the company China Automation Group) for the supply of gas turbines with capacity of 25 MW. It is expected that the test stand GTU-25 will be launched until the first quarter of 2016. According to Mikhailov, UEC and Consen also jointly participate in tenders to supply equipment for Chinese companies for projects in China and in third countries.

“According to a marketing survey, the greatest need of the Chinese market is the gas turbine in the power range from 10 to 40 MW. In this segment, the company offers gas turbines with capacities from 10 to 25 MW. In the future, we’ll be happy to provide gas turbines with a capacity of 32 and 40 MW that are currently being developed by our specialists,” — said Mikhailov.

In addition, according to him, in 2014 the company started the cooperation with the research Institute of the China shipbuilding Corporation on the organization of conversion (transformation) of aviation engines in industrial. The parties agreed on a roadmap for this work. Now China chooses a pilot project in China.