The former head of OTP Bank Georgy Chesakov leave his post because of disagreements with shareholders about the Bank’s further development in Russia. 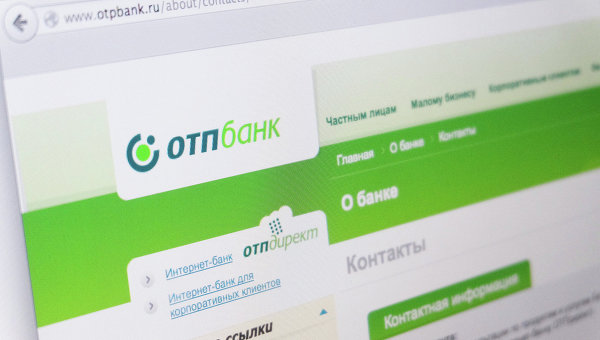 MOSCOW, 15 Oct. The new head of OTP Bank (“a daughter” Hungarian OTP Group) will be Ilya Chizhevsky, who is now a post of the Chairman of the Board, reported in a press-service of the credit institution.

The former head of OTP Bank Georgy Chesakov officially takes up his post last day. Chesakov have been at odds with shareholders about the Bank’s further development in Russia, said earlier in the press service of the Bank.

“From tomorrow, the acting (Governor of the Bank — ed.) will be Yulia Oreshkina, member of the Board. It will last about a week, and then held the appointment of Ilya Chizhevsky,” explained the Bank.

Russian OTP Bank (until February 2008 Investsberbank) was established in 1994. In 2006 became one of the largest banking groups in Europe — OTP Group. Its core is OTP Bank plc is the largest Bank in Hungary, was created in 1949 as a state savings Bank and in 1990 was reorganized into a public company with limited liability.

According to RIA Rating, OTP Bank on 1 July has occupied 48-e a place among Russian banks with assets amounting to 171,8 billion.