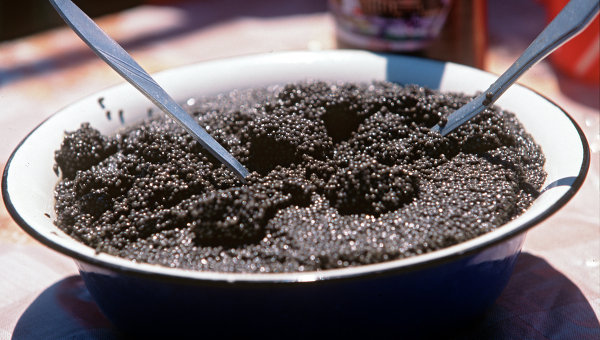 ZVENIGOROD (Moscow region), 15 Oct. Caviar of sturgeon produced in a legal way, will be marked with a special sign, so that, in particular, to reduce the volume of poaching, the relevant bill was developed by the Federal Agency for fishery, said on Thursday the head of the Agency Ilya Shestakov.

“A bill that gave the Federal Agency for fisheries in the agriculture Ministry, in General, willing, and we are now going to send for interagency coordination, it refers to marking and identification of products from sturgeon, but also the enterprises of Ostrovidov — lists, the introduction of the registry of these enterprises, the register of the population”, — said Shestakov.

According to him, the registry is necessary. “Because we understand that illegal products are often legalised through these aquaculture sites and it is important to take these companies under control, with a possible volume of their release, in order to prevent poaching of eggs on the market through this legalization,” said Shestakov. It is planned that the product labelling will be performed according to the analogy existing in the alcohol industry, thus, according to the Minister, this innovation will not cause rise in price of caviar.

“Caviar is an expensive product, it’s not a bottle of vodka, and from the point of view of the brand itself, affect the cost of production in this form will not be, and most importantly, astrology those who are engaged in the legal production of aquaculture, support us, and believe that this will significantly improve its competitiveness”, — said Shestakov.

“Must be engraved a special mark for sturgeon caviar and meat — it is planned that this will be some sort of a closed packaging, which after opening can be put into implementation”, — said the head of Rosrybolovstvo. “We hope that this will allow our law enforcement agencies to closely monitor the situation to combat poaching”, he added.

“Now, unfortunately, not so many reasons for unannounced visits, and the second problem is they always face the problems of identification of a product — is it illegally obtained or is the subject of aquaculture” — said Shestakov.