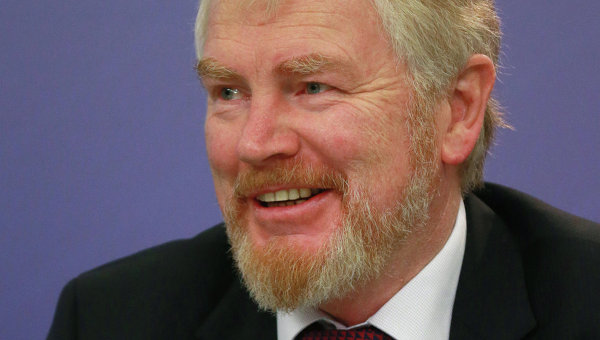 MOSCOW, 15 Oct. Russia has no plans to engage in the Ukraine meeting of bondholders of this country on October 29, said Deputy Minister of Finance of Russia Sergey Storchak.

“Our position is well known. It once again have the opportunity to convey to the International monetary Fund and for the management of this structure and for colleagues from the Ministry of Finance of Ukraine that Russia’s participation in the exchange transaction would be recognized for our requirements as the requirements of the private lender. But it looks very strange and not serious,” Storchak said on the TV channel “Russia 24”.

The Ministry of Finance of Ukraine in August announced the agreement on the restructuring of commercial external state and state guaranteed debt securities totaling approximately $ 18 billion on the following terms: an immediate write-off 20% of the principal debt and the postponement of the repayment of the remaining amount from 2015-2023, 2019-2027. The Cabinet of Ministers of Ukraine on September 22 issued an order to start the process of restructuring part of its debt, including its perimeter and Russia redeemed Eurobonds for $ 3 billion.

Following the results of meeting of bondholders, held on October 14, Kiev reported that it received final agreement for restructuring from holders of 13 issues of bonds totaling approximately $ 15 billion (they will write off a total of $ 3 billion and will take with the next four years at a later date, the repayment of Ukraine another $ 8.5 billion debt).

For Russia, which did not participate in the meeting on the issue of Eurobonds of Ukraine at $ 3 billion, the sole holder of which is appointed Kiev on October 29, a repeated meeting. However, the Russian side has already declared that does not intend to participate in this meeting, still considers an illegal restructuring of this debt in front of Russia as the lender of record, and the non-payment of Ukraine in the term, in December, $ 3 billion in favor of Russia will mean its default.