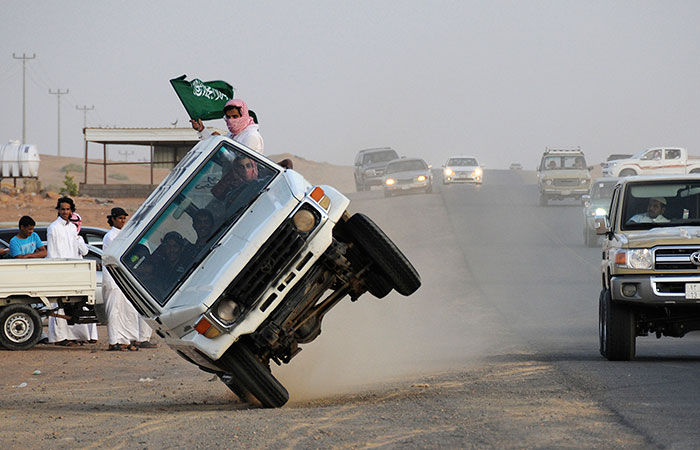 Moscow. October 15. Russian oil companies are concerned about the appearance of oil of Saudi Arabia to the markets of Eastern European countries, particularly Poland.

The representative “Tatneft” Nicholas Rubchenkov at the round table in the state Duma suggested the energy Ministry to think about the risks of division of the European oil market and to reflect the energy Strategy until 2035 state measures aimed at the preservation of the positions of Russian oil companies in the region.

“Just in recent days the media has stirred reports that Saudi Arabia came with his oil to the Polish market. Whether this step is the first sign to the redistribution of the Western market? If this is the indicator to changes in external markets, it is not necessary in the Strategy to reflect additional measures of the state aimed at the preservation of Russian interests in existing Western markets,” he said.

Earlier the President “Rosneft” Igor Sechin said that the emergence of the Saudi oil leads to falling prices in this market. “We see Saudi Arabia first entered the Polish market with deliveries through Gdansk – active damping, which is also the element of change in world prices”, – he said at the forum “Russia calling!”.

Russian energy Ministry urged Russian companies not to panic. According to the Deputy Minister Anatoly Yanovsky, the impact of low prices on Eastern European markets will be short-lived. “The market there is always competition. Moreover, we are talking about oil, and oil goes to refineries, which was originally designed for a certain oil quality. Therefore, simultaneous to replace one oil with another oil is impossible without the costs associated with the modernization of the refinery. So it has a limited range of influence,” he told reporters.

Another Deputy Minister of energy, Alexey Teksler, speaking at a roundtable in the state Duma, noted that despite the obvious geographical advantage, the state and oil companies need to be flexible to retain this market. “We now have a definite advantage, in particular for Eastern Europe. Oil and gas pipelines which are laid, and the technology of refineries in Eastern Europe focused on our oil, not Saudi oil. But global competition must continually force us to deal with these issues,” he said.

According to him, the state should pursue a more flexible fiscal policy, and the company must be willing to participate in this competition, and to do everything possible to ensure that markets for a save.

Earlier, Minister of energy Alexander Novak noted that, on the one hand, the emergence of oil of Saudi Arabia on the East European markets leads to more severe competition, and with another – will allow to stabilise the market and achieve in the second half of 2016 the balance between supply and demand.