The mayor of Moscow Sergey Sobyanin noted that Moscow has the opportunity to implement major development projects. In this forum also will be held the conference “the Potential of Russian-Italian cooperation “MADE with ITALY”, during which will be presented the new opportunities for Italian entrepreneurs in Moscow. 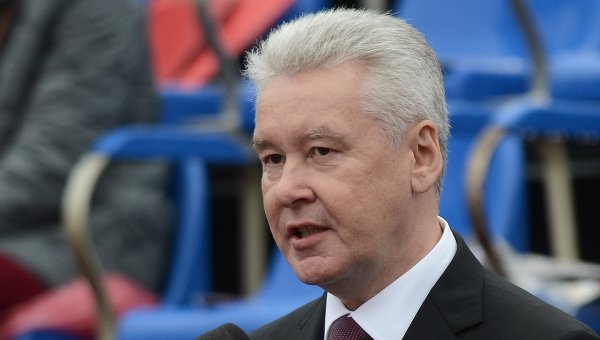 ROME, 15 Oct. Sergey Startsev. The mayor of Moscow Sergey Sobyanin, who arrived on a working visit in Milan, opened on Thursday in the Russian Federation pavilion at the universal exposition “EXPO-2015” business forum “Moscow-Italy: doing it together”.

“We welcome investors with large projects and ready to support them and with the land and with the infrastructure. In Moscow there is an opportunity to implement major development projects. The volume of construction and investments in Moscow, in spite of some crisis, serious decline will be”, — stressed in his speech, Sobyanin.

In the framework of the business forum will be held conference “the Potential of Russian-Italian cooperation “MADE with ITALY”, during which will be presented the new opportunities for Italian entrepreneurs in Moscow, including in the area of investments and in innovation and advanced technology. The forum will conclude with a cultural program with the participation of Russian artists, in particular, performance of children’s dance ensemble “Kalinka”.

The forum is organized by Department for external economic and international relations of Moscow, Department of science, industrial policy and entrepreneurship of Moscow and Moscow chamber of Commerce and industry with participation of representatives of authorities of Moscow, Milan and other cities, as well as business circles of Russia and Italy. In its work participated Russian Ambassador to Italy Sergei Razov.

In the second half of the day, Sobyanin will participate in the Milan Summit of mayors on the issue of food security.

The mayor of Milan Giuliano Pisapia in an interview Thursday published the newspaper of business circles of Italy, Il Sole 24 Ore, noted the importance of “diplomacy of cities” and highlighted the importance of cooperation between Moscow and the Northern capital of Italy. According to him, despite the anti-Russian EU sanctions, the leaders of the two cities managed to create an important “non-alternative diplomatic channel”, which aptly complements the traditionally friendly relations between Russia and Italy.