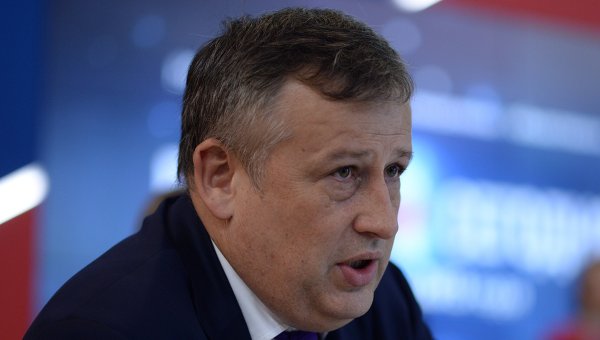 St. PETERSBURG, 15 Oct. The Governor of Leningrad region Alexander Drozdenko congratulated Nokian Tyres plant with a decade and handed to the staff of the company honorary diploma for the contribution in socially-economic development of the region, reported the press service of the regional government.

“For us it is important that the company ranks among the twenty largest taxpayers in the region. We focus on further cooperation with the plant. Leningrad region is proud that it is the most modern tire plant in the world,” Drozdenko said at the ceremony.

The plant, which is a strategic partner in the region, is established by regional laws tax benefits. Upon expiration of the applicable trading agreement is scheduled to renew.

The President of the Nokian Tyres group Ari of Lehtoranta thanked the regional authorities for their support, noting that ten years ago, at the start, the plant management had plans to produce 8 million tires a year, now the plant produces about 16 million tyres.

Russian factory of concern Nokian Tyres was opened in 2005 in the industrial zone “Brick plant” in the city of Vsevolozhsk, Leningrad region. The plant produces passenger car tires and tires for off-road, winter and summer.

Investment in the plant since 2004, amounted to more than EUR 800 million. The plant in Vsevolozhsk is the largest tyre production in Russia and the most modern tire plant in Europe.

Production capacity of the plant of Nokian Tyres in Russia amount to 15.5 million tyres a year, running on 13 production lines. Since 2009, Nokian Tyres is one of the largest exporters of consumer goods in Russia. More than 50% of production is exported to 40 countries.

At the plant in Vsevolozhsk employs more than 1,300 people and after running of all production lines the number of jobs will increase.