Traders on the US futures market lowered estimates of the likelihood of increased interest rates the fed at the next meeting, which became a factor in the recovery in global stock markets, says the analyst of investment “OLMA” Anton Startsev. 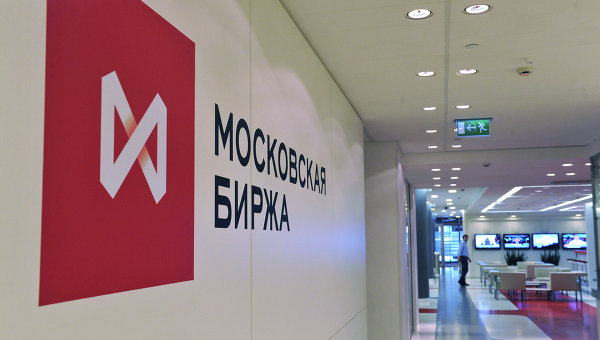 MOSCOW, 15 Oct. Elena Likova. The Russian stock market on Thursday is growing on the major indexes followed world markets; the MICEX index has updated a maximum since the beginning of March this year.

“Traders on the US futures market lowered estimates of the likelihood of increased interest rates the fed at the next meeting, which became a factor in the recovery in world stock markets and the weakening of the US dollar on the foreign exchange market (including against the ruble),” — says the analyst of investment “OLMA” Anton Startsev.

The shares of Raspadskaya are growing by 1.07% on improved operating results for the third quarter.

In the third quarter coal production increased compared with the previous quarter by 20% to 2,727 million tons, the realization of coal concentrate by 6% to 1.71 million tons. Including 720 thousand tons was supplied to domestic market (-20% yoy), 991 thousand tons in export (+39%).

For January-September 2015 the company increased production of raw coal by 13% compared to the same period last year to 7,799 million tons 6,885 million.

The price of securities of “Bashneft” (“prefs” up by 0.66%, ordinary shares — 0.67%) contributes to the increase in operating results for the first nine months of the current year.

Production for the third quarter amounted to 5,134 million tons, 11.7% more than in the same period last year, average daily production increased to 55.8 thousand tons. The increase in production in the third quarter contributed to the growth of oil production in Mature fields by 1.9%, mainly due to the commissioning of new wells and carrying out highly efficient geological and technical measures in Bashkortostan.

ALROSA shares fall by 2.49% against the backdrop of Thursday information in the newspaper “Kommersant” with reference to sources in the investment companies that the largest gold company in Russia, Polyus Gold may be sold after the consolidation of ALROSA shares by the family of Suleiman Kerimov. Polyus Gold also decreased (-0,48%).

The shares of LSR fell by 1.34% in the reduction group in January-September 2015 of real estate sales compared to the same period last year by 41% to 392 thousand square meters.

Head of analysis foreign exchange risks the Dukascopy Bank SA Evgeny Abramovich expects in the second half of day consolidation of indexes at current levels in anticipation of the report, the U.S. Department of energy and the CPI (inflation) in the States in September.

The MICEX index will hold an auction Thursday in the range 1710-1740 points, says Daria Zhelannova from Alpari.

“Judging by the dynamics of trading derivatives and underlying assets, for domestic sites inflates a visible “bubble,” she said.