Member of the Federation Council Committee on international Affairs of Crimea Sergey Tsekov believes that the Ukrainian nationalists can do anything, including undermining the supports for power transmission. 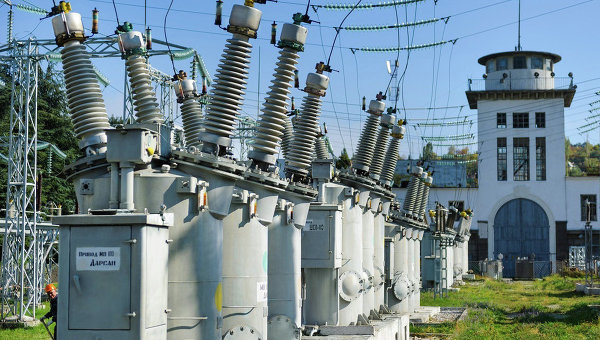 SIMFEROPOL, 15 Oct. Member of the Federation Council Committee on international Affairs of Crimea Sergey Tsekov does not exclude that the Ukrainian radicals will take new diversions on the border with Crimea aimed at infringing transmission of electricity to the Peninsula.

Earlier in the Kherson area unknown damaged a high-voltage mast line Dzhankoy-Simferopol, transmitting the electric power on the territory of Crimea. Support is located at a distance of about one kilometer from the village of Chongar, near the Crimean border. Power lines had to be detached during the repair work, instead, on an emergency basis included line Kakhovka-Dzhankoy. At the moment, the damaged section of the line restored.

“From nationalist to expect anything. They can do anything, including undermining and other supports for electricity transmission. Another thing, we are looking for the appropriate antidote to this is increasing their volumes of electricity, primarily by subject, with Russia, at the expense of their Autonomous sources,” Tsekov said on air of the Crimean radio station “Russia today”.

According to him, Ukraine is dependent on energy supplies from Russia. “If the Ukrainian government will not oppose the actions of the nationalists, undermining of pylons, then naturally the question will arise about the supply of electricity in Ukraine in General. And given the fact that winter is coming, it will affect the whole Ukraine”, — said the Senator.

Crimea is 70% dependent on power supplies from Ukraine. According to the estimates of the Ministry of energy of the Russian Federation, the region needed an additional approximately 880 MW of capacity. The end of the year under construction primarily Russia power bridge to Crimea must be commissioned, which will give to the Crimea from the mainland to 400 MW of capacity. The second phase will increase the power flow to 800-840 MW — the construction will finish in summer 2016.