The agreement was reached between the transport ministries of Ukraine and Russian Federation and Kiev after consultation. 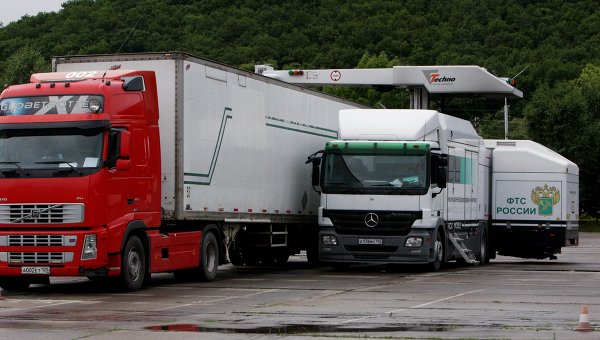 KYIV, 15 Oct. Ukraine and Russia agreed on the resumption of truck traffic — the parties will exchange permits for such shipments for the fourth quarter, said on Thursday the Ukrainian Ministry of infrastructure.

“The fifteenth of October, after consultations, reached an agreement between the transport ministries of Ukraine and the Russian Federation on the exchange of permits for the carriage of goods by road in the fourth quarter of this year. For several days the Ministry will receive a certain amount of permits in the prescribed manner and will submit them to the points of issue”, — stated in the message of the Ministry.

According to the Agency, in late August, the Ministry of Infrastructure of Ukraine appealed to the Ministry of transport of the Russian Federation with the offer to exchange permits for the fourth quarter in accordance with the quota fixed by the Protocol of 2012 for 2013-2015. However, as argued in Kiev, the Russian side had allegedly refused to give Ukraine its part of the permissions for the fourth quarter of the current year, which resulted in the suspension of transportation between countries.