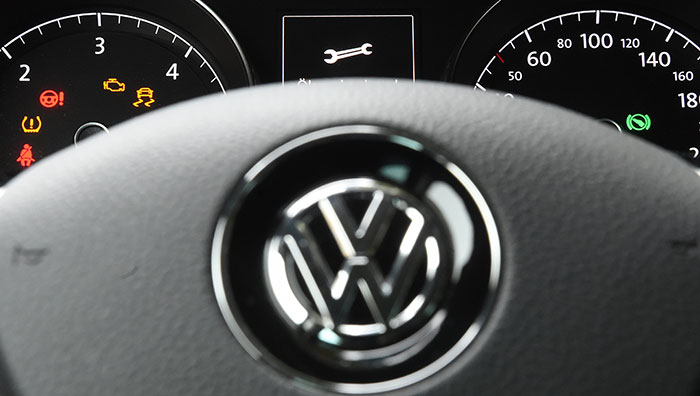 Moscow. October 15. German carmaker Volkswagen AG (VW) announced a recall of all vehicles with diesel engine sold in the EU-28 and equipped with software that intentionally lowered emissions of harmful substances, according to a press release from the company.

This measure will affect about 8.5 million cars. The review will begin in January 2016, the costs of rectication will fall entirely on VW. Car owners of Volkswagen, Audi, SEAT and Skoda can learn whether their car review by entering the serial number of the car on special sites.

Previously the Federal office for motor transport (KBA) in Germany has ordered that the company should begin the forced withdrawal of 2.4 million diesel cars sold in Germany.

“We welcome this decision of the KBA, bringing clarity to our clients about the current situation”, – stated in the press release VW.

As reported, has sold around 11 million cars, lowered actual emissions when conducting tests.

Volkswagen, which in the first half of 2015 was the largest in terms of sales volume automaker in the world, is accused of intentional manipulation of indicators of harmful emissions when testing diesel engine vehicles in the US and Europe. The company used software methods used to determine that the machine works in test mode and return the engine to the maximum sustainable operating parameters. In normal mode, emissions of nitrogen oxides 40 times the maximum allowable amounts.