Agro-industrial complex of the Republic produces 13% of the gross regional product and provides employment for 90 thousand people. The region also sells products to other entities. 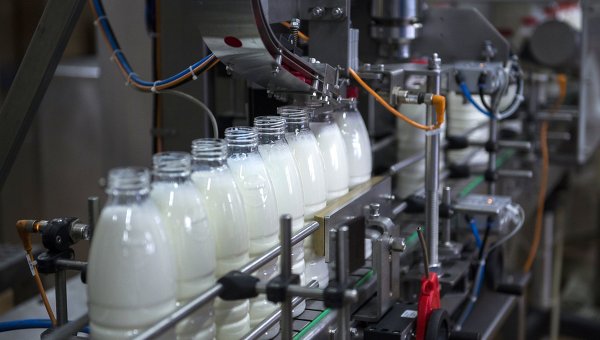 The BOTTOM NOVGOROD, 15 Oct. Mordovia occupies the first position among regions of the Volga region production of milk, meat and eggs per person, as well as completely provides residents of the Republic practically all the necessary food, said the head of the Republic Vladimir Volkov.

“Today, our agricultural sector produces 13% of the gross regional product and provides employment for 90 thousand people, or one in every five economically active citizen. Mordovia now provides fully consumer market demand for meat, milk, egg, sugar, potatoes and vegetables and sells its products to other regions. The share of export on certain types ranges from 40 to 80% of production volumes,” — said Volkov, whose words are in the message on the official website of state authorities of the Republic.

Wolves also drew attention to the fact that the region is developing at a faster pace the processing of agricultural products. So, on Wednesday, the Minister of agriculture of Russia Alexander Tkachev and the head of Mordovia Vladimir Volkov has opened a new production of sausage products on-site Torbeevskaya units LLC “IPC” “Atyashevsky”. This is the first phase of the investment project “Increase of production of sausage products”, implemented by agro holding “Talina”. The production will produce 140 thousand tons of products per year and create 200 jobs. Only the modernization of the meat processing business of the holding company at the first stage it is planned to invest 3 billion rubles.

The company includes automated plant for the production of sausage products production technology: from the stage of cooking ground beef to manufacturing of the finished product, its packaging and delivery to the warehouse, equipped with a gravity racks. In the forming area and the heat-treatment Department are not used elsewhere in the stacking zone — the robotic system, stacking the finished loaves of sausage in corrugated boxes.