Prime Minister of Ukraine Arseniy Yatsenyuk noted that 75% of private creditors accepted the decision about restructuring of debts worth another $ 8.5 billion. 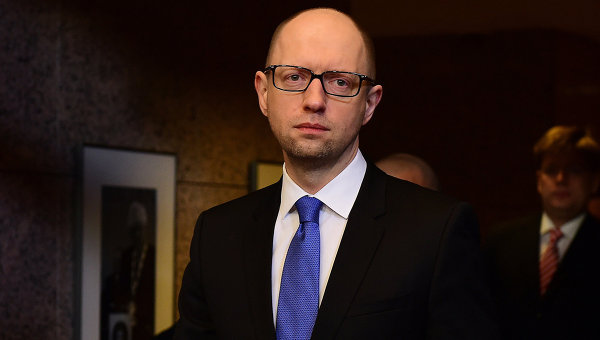 KYIV, 15 Oct. Private creditors of Ukraine by the majority which is 75% of the votes in the Committee of creditors decided to write off debts of Ukraine in the amount of $ 3 billion and restructuring of debt of 8.5 billion dollars, said Prime Minister of Ukraine Arseniy Yatsenyuk.

“Creditors of Ukraine by the majority, which is more than 75% of the votes in the Committee of creditors decided to write off the debts of Ukraine for the total amount of $ 3 billion and debt restructuring for a total amount of 8.5 billion dollars”, — said Yatsenyuk at a briefing on Thursday.

According to the Prime Minister of Ukraine, Kiev, despite the difficult financial situation in the country, managed to avoid increasing government debt.

“This morning I looked at the statistics regarding the debt we have at the beginning of 2014 the total volume of external debt of Ukraine amounted to 73,1 billion dollars, which is what we took actually two years ago. As of September 1 of the current year’s state and guaranteed debt is 70.5 billion US dollars is the answer to the question whether increasing foreign debts”, — said Yatsenyuk.