The Minister of fuel and energy of Crimea Sergey Yegorov said that to start work on laying the cable of the power bridge to the Crimea from the Krasnodar region are ready, but the beginning of work depends on the weather. 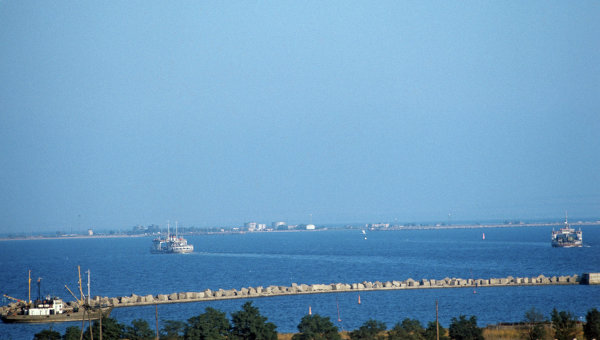 SIMFEROPOL, 16 Oct. Start of cable laying of power bridge to Crimea from Krasnodar region along the bottom of the Kerch Strait was postponed due to adverse weather conditions, said the Minister of fuel and energy of Crimea Sergey Egorov.

Egorov previously reported that the beginning laying almost 14 miles of cable on the bottom of the Kerch Strait was scheduled for October 15.

“The beginning of works is postponed, waiting for better weather in the Kerch Strait,” — said Egorov.

The Minister stressed that he hesitates to make a prediction, once you start the actual work. “All ready for the start of work, we depend only on the weather,” he said.

According to the company “Maritime administration”, which is responsible for the ferry crossing in the Kerch Strait wind force is 15 to 17 meters per second, and on Saturday, the gusts will increase to 20 meters per second.

Crimea is 70% dependent on power supplies from Ukraine. According to the estimates of the Ministry of energy of the Russian Federation, the region needed an additional approximately 880 MW of capacity. Until the end of the current year primarily constructed of RF power bridge to Crimea must be commissioned, which will give to the Crimea from the mainland to 400 MW of capacity. The second phase will increase the power flow to 800-840 MW — the construction will finish in summer 2016.