Ukraine, Russia and the European Commission agreed earlier about the possibility of purchasing “Naftogaz” from “Gazprom” gas credit on 500 million dollars attracted using the EC. 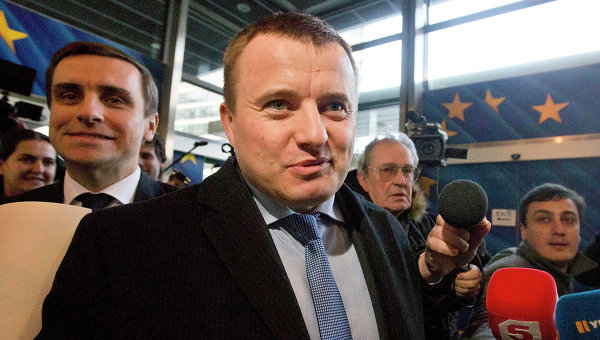 KIEV, 16 Oct. The head of Ministry of Ukraine Volodymyr demchyshyn discussed with the EU energy Commissioner Miguel Cañete situation in the Ukrainian energy sector, said Friday the head of the Department of European integration of the Ministry of energy of Ukraine Mikhail BNO-Ayriyan.

“Behind the scenes Ministerial conference of the energy community. We speak with the EU energy Commissioner Miguel Cañete situation in the Ukrainian energy sector, our achievements in the energy community and reform,” wrote BNO-Ayriyan on his page in Facebook.

Previously demchyshyn did not rule out that the winter of 2016-2017, Ukraine will be able to pass without purchasing Russian gas. As for the current heating season, according to the Ukrainian Minister, to pass it without Russian gas is impossible.

Earlier on Monday, Gazprom announced the resumption of gas supplies to Ukraine after receipt from Naftogaz 234 million advance payment for Russian gas promised by Kiev, according to the so-called “winter package” of 500 million.