The presidential Commission on energy to be held on 27 October. The head of the Federal Antimonopoly service Igor Artemyev said that the issue of division of “Gazprom” on the agenda not worth it. 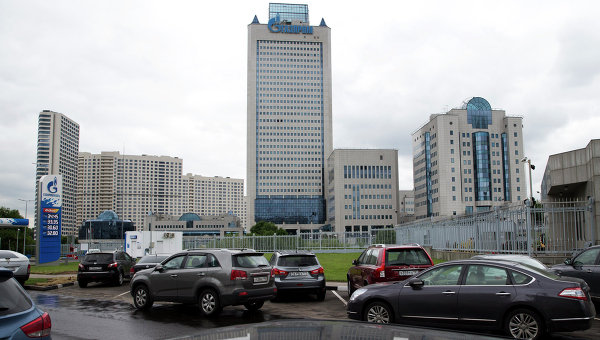 MOSCOW, 16 Oct. The issue of division of “Gazprom” in the agenda of the forthcoming meeting of the presidential Commission on fuel and energy complex is missing, told journalists the head of Federal Antimonopoly service Igor Artemyev.

“What is discussed at the presidential Commission, the President decides. On the agenda this issue no, I, in particular, act with another question,” said Artemyev on the sidelines of the conference “Vedomosti” on “Antitrust regulation in Russia”. Previously, a discussion of this issue at one of the meetings of the Commission did not rule out Deputy head of FAS Anatoly Golomolzin.

The head of FAS said that “this issue is already in the public space and the government, it is discussed”. Artemyev said that his report would be on trade for export for roubles. Gazprom owns the Unified gas supply system (UGSS) of the Russian Federation, it satisfies the requests by independent producers to access the system. The idea of separation of gas concern on the activities in the upstream segment and transportation and storage, discussing for quite some time.

Once again this topic was raised by Rosneft in July when the oil company sent to the energy Ministry its proposals on the concept of domestic gas market in Russia. In particular, “Rosneft” suggested to 2025 to distinguish from “Gazprom” gas transport capacity and gas storage into a separate company, to liberalize gas exports, retaining elements of state regulation. Earlier head FAS Igor Artemyev agreed that the transportation of gas should be isolated in a separate subsidiary of Gazprom.

The meeting of the presidential Commission on fuel and energy complex will be held on October 27, told reporters energy Minister Alexander Novak.