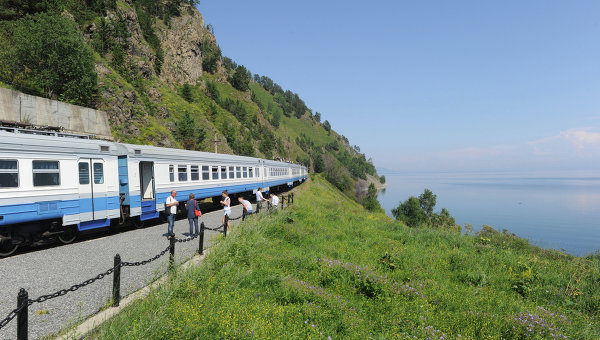 Taken by the authorities of the Irkutsk region and industrialize and development of industrial clusters opens the region to potential investors with a very promising sides.

In recent years, competition among Russian regions for investors becomes sharper. In ratings of investment attractiveness in leading positions can be seen in the regions of the European part of Russia or those that the rich oil and gas deposits. But at the same time strengthening cooperation with Asian countries in the not-too-distant future, the first position may leave the regions of Siberia or the Far East. Irkutsk region could become the flagship of this movement. Increasing the investment attractiveness of the region promotes a good level of economic development and sustainable budget system.

On many indicators the Irkutsk region is one of the leaders in the Siberian Federal district, but also among all regions of the Russian Federation. According to the rating of the socio-economic situation of Russian regions, prepared by the Rating Agency RIA Rating, at the end of 2014, the Irkutsk oblast is line 27.

In terms of GDP Irkutsk region occupies the 26th place in 2013 among all regions of the Russian Federation, within five years this figure has increased steadily. Industrial production is also characterized by positive dynamics and growth ahead of national average. According to Irkutskaja, in the first eight months of 2015 the industrial output in the region grew by 4% compared to the national average of -3.2%.

The public debt-to-income of the regional budget is about 15%. For this indicator, the Irkutsk region enters the top ten Russian regions.

In 2014, the volume of attracted investments in fixed capital amounted to 192.5 billion rubles In the first half of 2015 at 85.8 billion rubles, which is by 17.5% higher than the same period last year. In the majority of subjects of the Russian Federation for the specified period is a negative trend. The absolute value of investments in fixed capital of Irkutsk region takes the 17th place among the Russian regions, and the dynamics included in the top ten.

Further development contribute to efforts of regional authorities aimed at improving the investment attractiveness of the region, which efficiently construct the cooperation with investors, using as historically and geographically the existing positive factors and creating the necessary modern infrastructure, using the successful experience of other Russian regions.

In the first group of factors, which can be attributed to offset the investment attractiveness of the region, good geographical location. Irkutsk region is located at the intersection of routes from Europe to Asia, has good transportation infrastructure, which in the coming years are planning to develop, including to the North. The region is rich in natural resources and endowed with inexpensive electricity. There are large gold reserves, forests, gas, and coal. In addition, personnel potential and developed research base, are also a definite plus region.

Support investment climate provides a number of tax preferences, operating on the territories of clusters and industrial parks of Irkutsk region. Among them, the establishment of differentiated tax rates on property tax and income tax, reduced tax rate on mineral extraction for gas and a zero rate on mineral extraction for oil, the simplified system of taxation and the granting of the investment tax credit. In addition to financial support measures include government guarantees, subsidies for reimbursement of expenses and the ability to use funds from the investment Fund of Irkutsk region. All these measures are relevant to companies both large and small and medium businesses.

Regional authorities have identified the basis for the development of the Irkutsk region, the new industrialization, which is aimed at supporting the production of finished products and deep processing of raw materials, the development of capital-intensive and high-tech industries.

Baikal pharmaceutical cluster began its work in autumn 2014, bringing together research institutes, manufacturers and distributors of medicinal preparations, substances and Supplements. The purpose is to attract new investors in this sector, modernization and introduction of modern technologies in production and development on the territory of Irkutsk region chemical production for the manufacture of drugs for the purpose of import substitution and reducing the dependence of the pharmaceutical field from the export of raw materials.

The engineering cluster was established with Irkutsk aviation plant (IAP), which is part of the United aircraft Corporation (UAC) and specializes in the manufacture of aircraft for civil and military purposes. Currently the plant is busy working and preparing for the release of medium-range MS-21 airliner, which was to replace domestic aircraft TU-154. In addition, the plant has existing contracts to supply military aircraft for the defense Ministry of the Russian Federation and combat training for the Ministry of defense of the Republic of Belarus. Creation of machine-building cluster is intended to help the Irkutsk aircraft manufacturing plant to cope with shortage of production capacity. In addition to the IAP, in the production “the core” of the cluster are CJSC “Energoprom”, LTD. “Usolmash”, JSC “Irkutskkabel”, LLC “TRANS-Atom” and the Irkutsk aircraft repair plant №403. Besides, in plans — creation of Technopark “Irkut” for the enterprises of small and medium business, which will produce certified components low redistribution for aircraft. Active development of this cluster will help to strengthen the position of the Irkutsk region as one of the leaders of aircraft industry in Russia.

In addition to the Technopark “Irkut”, in the area territory are created and developed six industrial parks. One of the most explored is the Angarsk technology Park, established in 2009 on the basis of the Angarsk Electromechanical plant on the territory which today employs more than 40 residents. Since that time, its territory created more than 1.5 thousand jobs. On the territory of the large industrial town of Bratsk industrial Park established the “right Bank” specializing in the production of building materials and wood processing.

Industrial Park “Baikal” is located at two sites, in the village of Kultuk and the city of Baikalsk, it is expected to fill the food processing industry.

For the development of tourism created a special economic zone of tourist-recreational type “Gate of Baikal”, a concept which is creating a year-round ski resort “Sobolinaya Mountain” in the city of Baikalsk.

At the end of September 2015 the Ministry of economic development has chosen the mono-Usole-Sibirskoe for creating territories of accelerated growth (TOR). This status will give the opportunity to develop another industrial Park, “Cluster HIMPROM Usolye”, where we will begin the implementation of the project “Chlorine chemistry”, will be created to manufacture photovoltaic structures and steel structures. For small and medium businesses here will be created in the Technopark “Business Park Usolye”. The creation of industrial and technology parks in Usolye-Siberian will create over four thousand jobs.

In early October of 2015 officially entered a post of the Governor of Irkutsk region Sergey Levchenko who has already said that all the investment program for the development of clusters and industrial parks will be retained, and the region will continue to strengthen its position.