The head of the Duma Committee on Federal structure and local government Viktor kidyaev said that the new amendments require that to provide a Declaration, to inform about the conflict of interest and close accounts abroad will be obliged deputies of all levels. 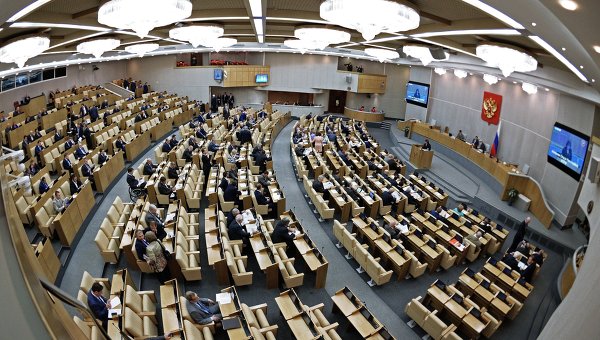 MOSCOW, 16 Oct. A provision that binds the deputies of all levels and municipal officials to submit declarations of income and expenditure and to close the accounts abroad, can take effect from 2016, said the head of the Duma Committee on Federal structure and local government Viktor kidyaev (“United Russia”).

Previously, the newspaper “Kommersant” reported that the MPs have prepared amendments to the adopted in first reading the draft law on deprivation of the Deputy mandate for undeclared in the period income and expenses. Under current law, deputies and Federation Council members annually by April 1 submit information about income, expenses, property and property liabilities of themselves, their spouses and minor children. However, the responsibility for the failure to submit or untimely submission of this information is missing.

The new amendments suggest that to grant the Declaration, to inform about the conflict of interest and close accounts abroad will be obliged deputies of all levels — working on a permanent and non-permanent basis, and persons holding municipal positions.

“We will do everything to try to make this law necessarily earned since the new year,” said kidyaev. According to him, the requirement to declare income and expenses will apply to all municipal Council members and a ban to have accounts abroad — all heads of local administrations, regardless of replacing the position of municipal clerk or he is an elected person. A similar ban is set for deputies of representative bodies of municipal districts and urban districts to exercise their powers on a permanent basis, he added.

First Deputy Chairman of the Committee on the Federal device and questions of local self-government Alexander Burkov (“Fair Russia”) believes that the state Duma will support the proposed amendment and adopt the bill before the end of the year.

“Our amendments are to spread anti-corruption legislation on officials and deputies of all levels, regional and municipal. We often see in municipalities, for example, when the Deputy headed the agricultural Committee and at the same time is Director of the largest agricultural enterprises in the area. Certainly, the distribution of the budget is spent in the interests of a single agricultural enterprise,” said Burkov.

Earlier in this “part-time” somehow never perceived conflict of interest, he said. “Now, by our amendments, the conflict of interest must be reviewed, whether on a permanent or non-permanent basis working person as the Chairman of the Commission or Committee in the municipal district or city district. All this applies to city managers. Interestingly, city managers somehow had the right to open accounts abroad,” — said Burkov.

According to the agenda of the meeting of the constitutional Committee of the state Duma, the bill and its amendments in the second reading will be considered by the Committee on October 19.