Previously, Zarubezhneft agreed with the French company Total concerning the acquisition of 20% stake in the Kharyaga PSA. Minister of energy Alexander Novak said that the issue of transition to “Zarubezhneft” status of the operator of the Kharyaga project is still in the discussion stage. 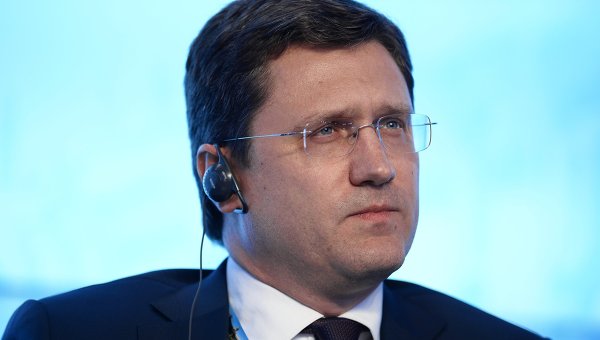 YESSENTUKI (Stavropol Krai), 16 Oct. Question about the “Zarubezhneft” from Total status of operator of the Kharyaga project is under discussion, there is no solution, told reporters by energy Minister Alexander Novak.

“Zarubezhneft” has agreed with France’s Total about purchase of 20% stake in Kharyaga PSA, reported earlier on Friday a source familiar with the negotiations on the deal. As a result of the transaction the Russian company will increase its stake to 40%. According to a source, “Zarubezhneft” will become the operator of the Kharyaga project.

“Yes, this issue is discussed, we the final decision on the issue will bring”, — said Novak on the issue of a possible transition to “Zarubezhneft” company in connection with the acquisition of the share Total.

In the framework of the agreement on production sharing oil production in the Kharyaga are the French Total (40%) — operator of the project, Norwegian StatoilHydro (30%) and OAO Zarubezhneft (20%) and Nenets oil company (10%), which belongs to the administration of the NAO. Total reserves Kharyaga field has estimated over 160 million tons.

Earlier media reported that the Ministry of energy of the Russian Federation dissatisfied with the work of the operator Kharyaga field and proposes to transfer the management of the company. Later, Novak said the office had not discussed the change of the operator under the PSA, but proposes to include representatives of Zarubezhneft in the company-operator for the implementation of works on utilization of associated petroleum gas. Novak explained that the process of transfer of equipment and construction of “Globalstroyengineering” which was carrying out works on utilization, the operator of the PSA.